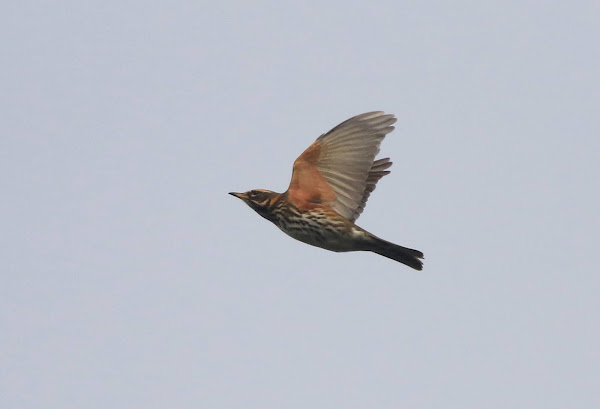 The other night, 10th-11th October, was the beginning of our virtual, 'Mini' Migweek; I was guiding all day and then hosting our first talk soon after, and time was tight - so for once, setting a recorder up on North Cliff wasn't possible and I focused on the events at hand, thinking maybe I'd at least run the first recorder out of the study window after the talk.
Which, after a great presentation (thanks Rich!), I almost forgot to set - but a good couple of hours after dusk I remembered, put on its plastic cover and jammed it in the open study window. Scrolling through the sonogram the following evening, it seemed like it was going to be a quiet one; no big deal, after providing true nocmig gold a few nights earlier, picking up a Dotterel gunning over the house. A Grey Plover was about it for much of the night, until, a succession of showers - some light, some heavy - beginning at around 0345hrs, and the first few tseeps of Redwings....
....Long story short, a veritable deluge of thrushes ensued, and I had the pleasure of counting more than 900 Redwings and 40-odd Blackbirds in a rain-affected sono-window just a couple of hours long; but, with plenty of the calls almost hidden either through distance, rain, or both, I couldn't leave it there. And so last night I decided to physically listen to the busy few hours of the recording pre-dawn, just to see if I'd missed any.
The results were fantastic, and it turns out there were in fact a minimum of 1109 Redwings and a fantastic 113 Blackbirds, and a host of other flyovers I'd missed by just visually checking - four Moorhens, a Snipe, two Golden Plover, three Song Thrushes and (my first nocmig record of) a Brambling - many hidden in the aural drumming and the visual barcode of the rain.
Posted by Mark James Pearson at 21:44