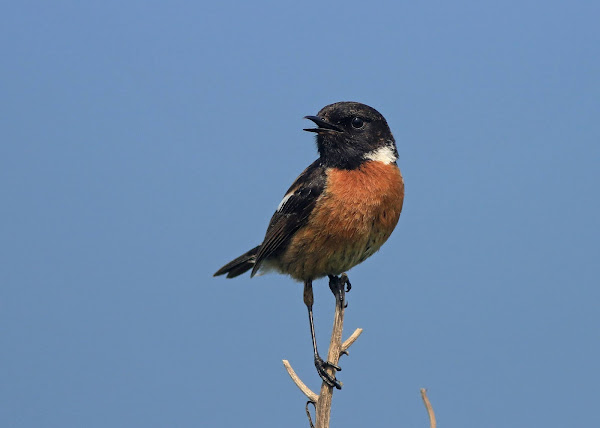 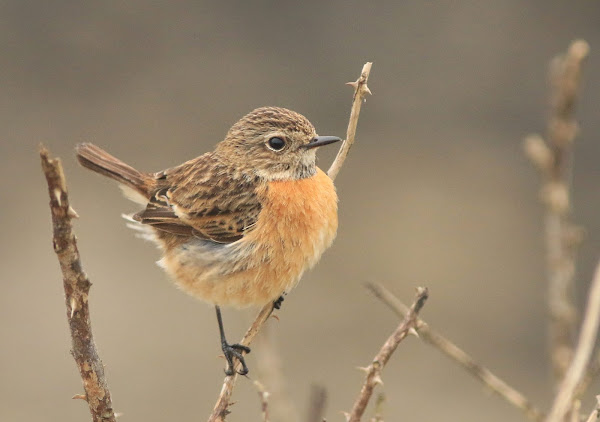 Male and female Stonechats, which successfully bred along the North Cliff here at Filey this year
This post covers April, May and June 2021. For Jan, Feb & Mar, see here; for later in the year, watch this space...
If the first quarter of the year was a gentle waltz with a glass of port, then the second was an almost constant Charleston with a rolled-up tenner and a hand mirror.... But first, in haste to bang out the last post I forgot to mention the long-distance, trans-Saharan summer visitors that made it back at the end of March; nothing unusual about that, of course, but against the backdrop of ongoing uncertainty, their always joy-giving properties were amplified even more again this spring. Wheatears and hirundines have never mattered quite so much.... Some of the 12 Wheatears which materialised in the last of the light on 30th March in a single ploughed field here in Filey. It's the little things....
So, onto April, May and June. The work calendar was rich, varied and fully loaded: we conducted Breeding Wader Surveys across the North York Moors from mid-April to mid-June; the Humber surveys continued throughout (and indeed intensified at several sites); happily, guiding recommenced, with a series of my Spring Birding Discovery Days, and also group tours; and there was lots of 'recreational' birding inbetween... so it was basically wall-to-wall birding of one form or another right through until early summer, and thank the gods for that. 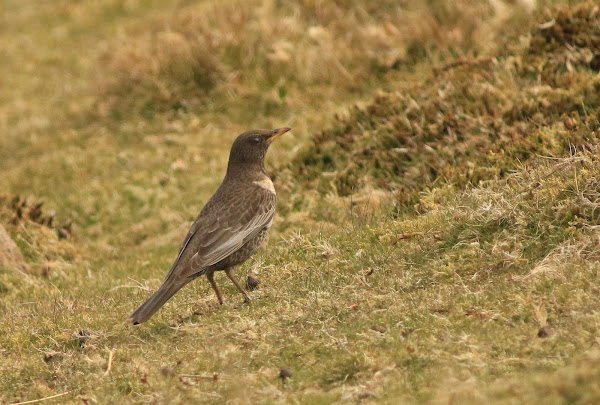 Ring Ouzel - great to find plenty of breeders up on the moorland edge
It was a huge pleasure to get back onto the North York Moors for another intensive survey project, this time involving breeding waders at mid-and lower levels. Following on from our Upland Breeding Wader Surveys in the spring and summer of both 2018 and 2019, this year's surveying was equally extensive and fruitful, and again incorporated recording not just waders, but all the Red- and Amber-listed breeding species we could find.

My favourite sound of the North York Moors - the laconic, distracted song of the Common Redstart. They seem to be well distributed in suitable habitat this year, here's hoping for a successful breeding season. @WoldEcology @ZEISSBirding @YCNature pic.twitter.com/ddl6woZhdU

These included Merlin, Tree Pipits, Redstarts and Spotted Flycatchers (below) on territory, Dippers and Grey Wagtails along the rivers, and the study species themselves (with breeding Snipe, Curlew, Lapwings, Woodcock and Oystercatcher all in the mix), and there was always plenty to enjoy, in often idyllic surroundings. 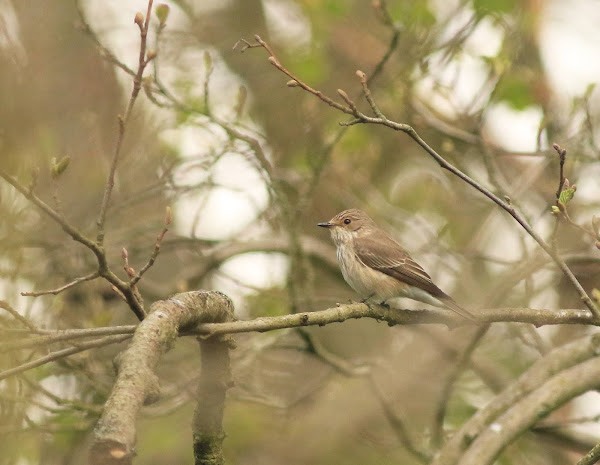 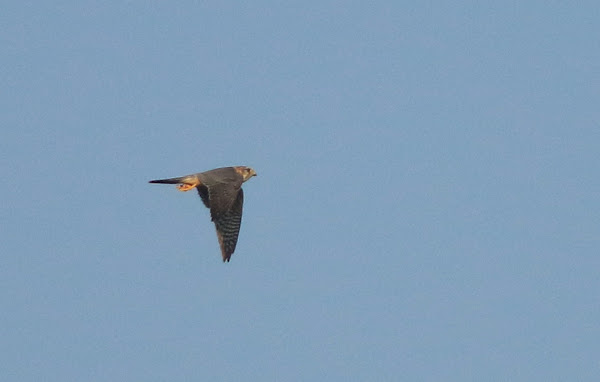 A male Merlin up on the edge of the moors - a rare and threatened breeding species, and always a buzz to find new territories
The dynamic of the Humber surveys changed with the season, with species diversity and abundance reflecting the ebb and flow of migration. As always, witnessing the spectacle of so many birds swirling over the mud and feeding up before their onward journeys north was a privilege. 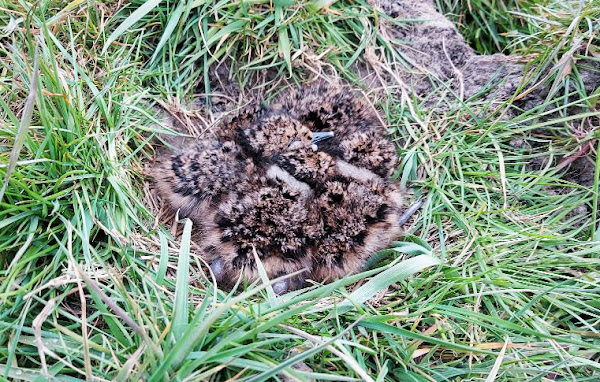 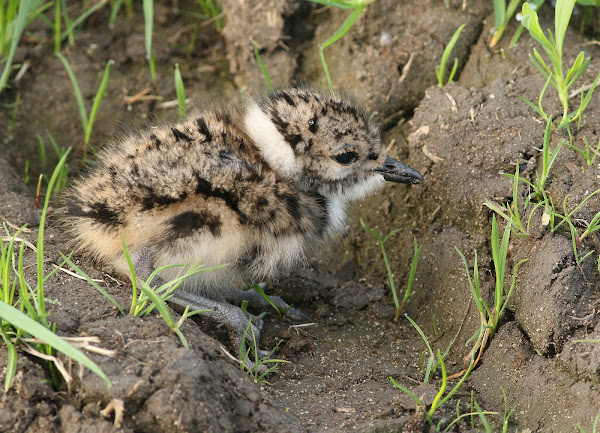 Lapwing chicks - good company on survey days up in the Moors
Meanwhile, back on the coast.....

My Yorkshire Coast Nature Spring Birding Discovery Days were a huge pleasure to lead, being new for 2020 and booked up well in advance - and after the plague-delayed start to the guiding year, I was straining at the leash to share our amazing local birdlife with our fine YCN clients. We've the choice of multiple venues along the local coastline to maximise the best birding experiences, but most of the tours focused on the mighty Great White Cape of Flamborough - incorporating hotspots across the greater Flamborough Head, from the Outer Head to South Landing, Danes Dyke, Bempton, Buckton, Thornwick and North Landing. 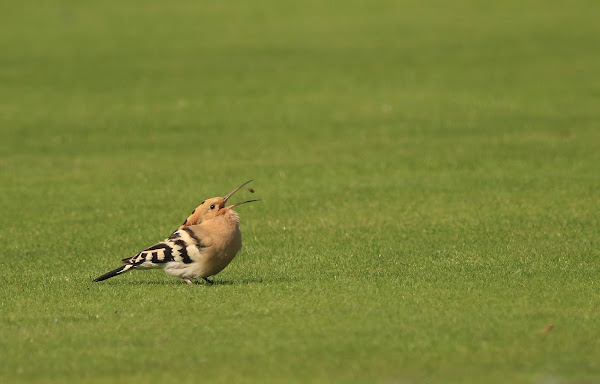 Hoopoe, Flamborough - one of various scarcities that spiced up our Spring Discovery Days
We enjoyed great birding experiences, from various common migrants, to close-up breeding seabirds and over-shooting scarcities and (whisper it) often pleasant weather, and they're happily now a bolt-on part of the guiding calendar going forwards (and are available here should you wish to join me this spring!). For various reasons (not least increased demand), Rich and I rarely get to co-guide these days, and so it was pleasure to do so for a YCN 'Best of Yorkshire' residential group at the end of May, incorporating many great birds and locations (more here). 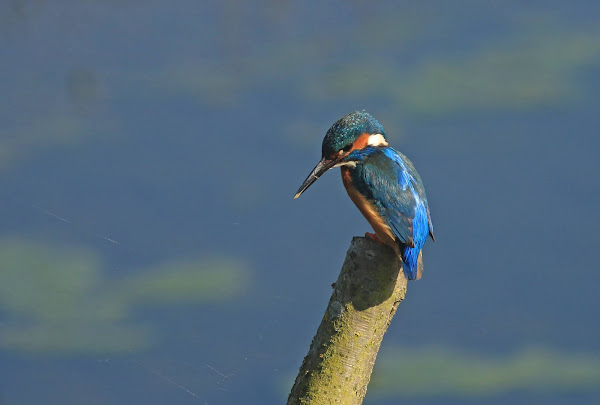 Kingfisher, Tophill Low on our YCN 'Best Of' break 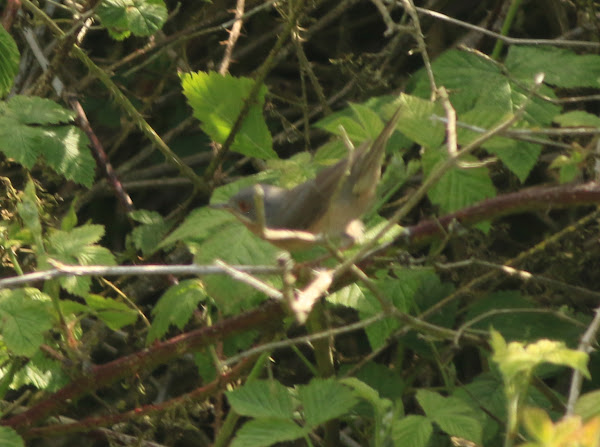 Male Western Subalpine/Moltoni's Warbler, Flamborough, 2nd June
Somewhere in there I managed to fit in some recreational birding, too - and despite the often unhelpful winds and conditions, there were plenty of rewards. As usual, this involved anywhere along the coast within a half hour or so of my base here in Filey; the latter, being the most local of my local patches, was often involved, but regular sessions at Flamborough, Buckton and elsewhere were again the norm.

After heroically avoiding Rosy Starlings and Bee-eaters in recent days and finding sweet f.a. at #Filey & @FlamboroughBird, I found both, fresh-in, from the same spot in 90 seconds today at the latter's Lighthouse.... never give up, kids! pic.twitter.com/MZiiU7YLsQ

Early June was, as is so often the case these days, the peak time for rare spring overshoots - and I was fortunate to find a Subalpine Warbler (Western/Moltoni's), a Rosy Starling and a Bee-eater at Flamborough within 24 hours - the latter two within ninety seconds...
... while my nocturnal migration recording (nocmig) at Filey and Flamborough continued to produce scarctities and rarities I couldn't have dreamed of when embarking on this enchanting branch of migration study last year. I'll be addressing 2021's nocmig in more detail in a dedicated post shortly, but, after Stone-curlew and Bittern at on my Filey and Flamborough recorders respectively in the early throes of migration, I could hardly leave out mention here of even more jaw-dropping rewards in the spring proper....
...which included no fewer than three more Bitterns - over Flamborough village on the nights of 23rd and 29th April respectively, and one over my Filey North Cliff recorder on 13th May, bringing the spring total to four... for a barely annual species at either site, amazing and illuminating. But it was another call on that Midas-touched 13th May Filey recording that (when extensively researched and confirmed) really stoppped us in our tracks - an American Golden Plover, the first for Filey.
But nocmig headf**ks weren't quite over yet. With migration effectively over by the last week of June, running the recorders was more out of the chance of a overshooting longshot than anything - and so it came to pass, on the night of the 23rd - a Black-crowned Night-heron (the third ever for Filey). Madness - but very, very entertaining madness nonetheless .....
Visible migration at my favoured Muston Sands viewpoint on the curve of Filey Bay was productive early in the spring, while voluntary monitoring of breeding seabirds continued for a tenth year here - 'purposeful birding' as the late great DIMW would have it.

It's my tenth year monitoring the Kittiwakes (and now also Cormorants) up here on the #Filey cliffs for @Natures_Voice, and it's so far, so good this season with lots of eggs and chicks - I even had the privilege of watching one hatch while monitoring 😍 pic.twitter.com/NHkQSnO4vY

So, with the benefit of hindsight and the clarity of reflection, it was an absolute stormer of a spring from a local perspective - full-on, rich and varied, with a hatful of self-found gems as extra sparkle. I do enjoy putting together these summaries, sometimes......

Do I mention how the period ended? Or do I save it for the next summary, covering July, August and September? Here's a clue, anyway.....

Wonderful to catch up with this Black-browed Albatross this a.m - (presumably) the same I had almost a year to the day ago off #Filey and a couple of years back, again @Bempton_Cliffs..... pic.twitter.com/hNebuCbtCS

Posted by Mark James Pearson at 19:26