Filey vs The World - April 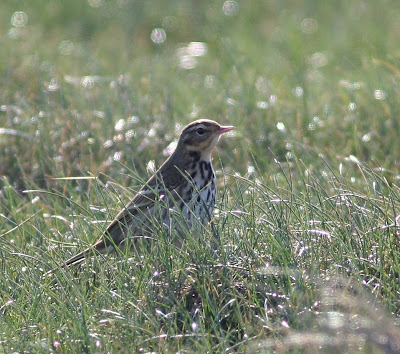 The first in a short series of boredom-relieving, reasons-to-believe-in bulletins from my first nine months here at Filey (this year), and the equivalent months on our round-the-world trip (last year): hence, each post hosts a few select highlights from each.

First up, April - a month of adapting to our new habitat here on the Yorkshire coast, and one of instant ornithological gratification. My very first full circuit of the new patch brought me face-to-face with this stunning Great Grey Shrike; quite a welcome, and a harbinger of the relative bounty to follow.... 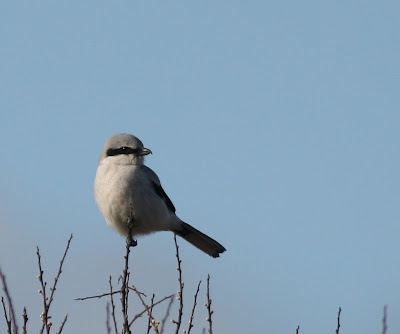 A couple of weeks later, and an initially distant but pleasingly familiar croaking chorus signalled the arrival of three Common Cranes, which put on an exemplary airshow before leaving to the south..... 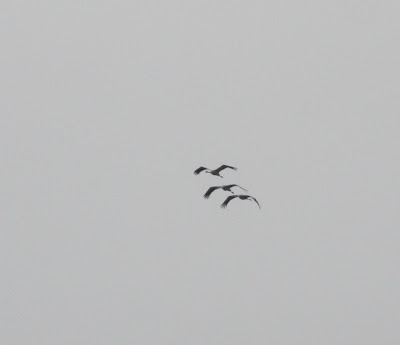 The end of the month provided ample distraction from more existential matters when, firstly, this apparent Collared x Pied Flycatcher flicked up before me in Parish Wood..... 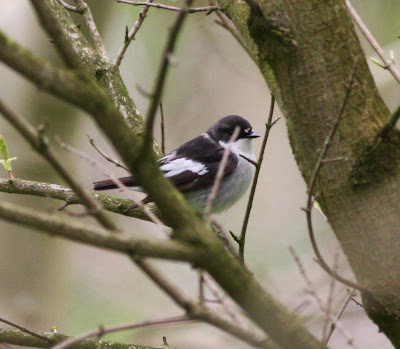 ...and then, on one of those days that's hard to forget in a hurry, this little jewel dropped in, on the edge of Carr Naze and right in front the camera for a few precious seconds. Quite a way to soften the blow of passing the milestone of the big four-o.... 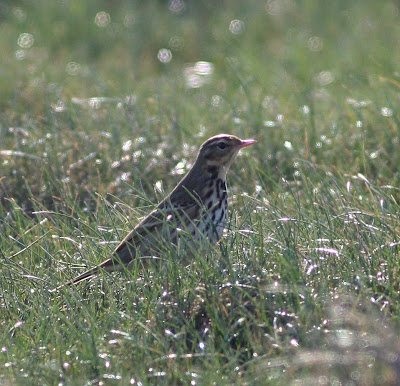 Of our travels the previous April? Well, we were otherwise engaged with family illness and so were a little delayed in hitting the road - but we were at least in the familiar surrounds of Flamborough, and there were occasional opportunities to catch up with a few migrants... 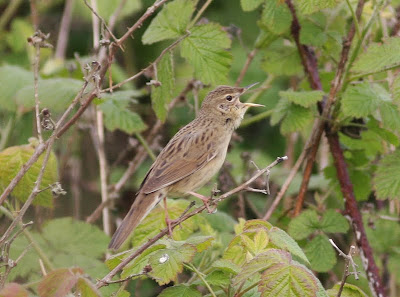 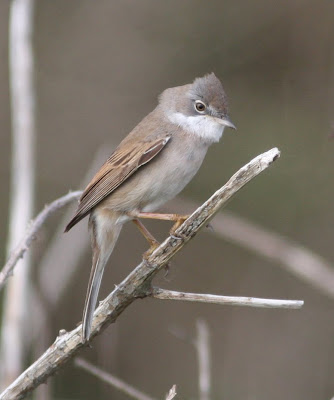 Posted by Mark James Pearson at 16:59