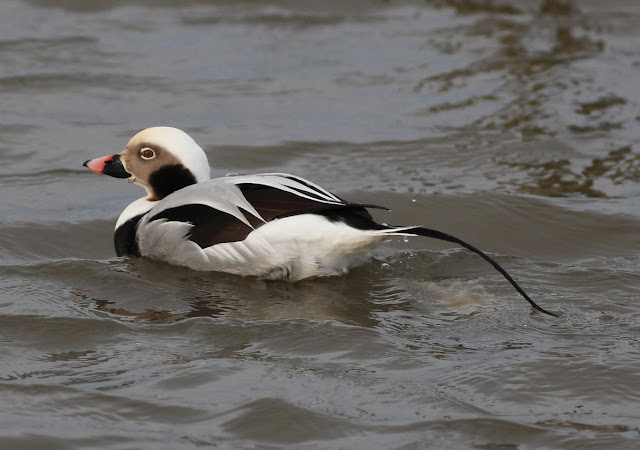 First up in this (hopefully) daily series of photo highlights from my year in Filey is a personal favourite, Long-tailed Duck. A generally pretty difficult species to catch up with locally (with often only a handful of records annually), this year has been particularly productive, and I've connected with at least twenty, mainly through sea-watching; unusually, however, this gorgeous male spent a day at the Dams in January, and was good enough to swan around just a few metres from the hide for a while. 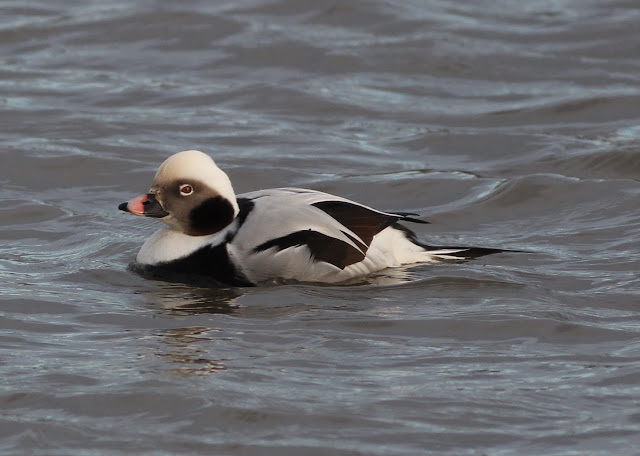 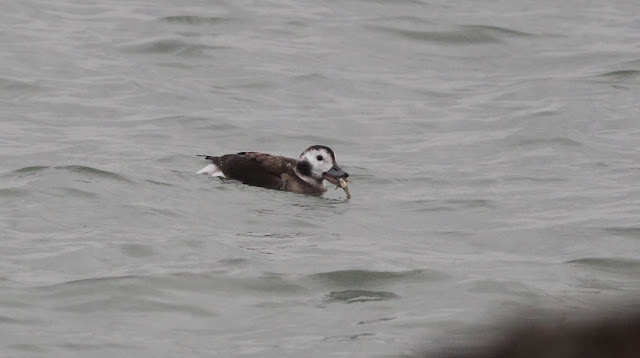 At the other end of the year, this slightly less flashy female spent half an hour or so feeding (apparently on small aliens) off the Brigg a couple of weeks ago, and preceded a run of fly-bys as the winter kicked in. 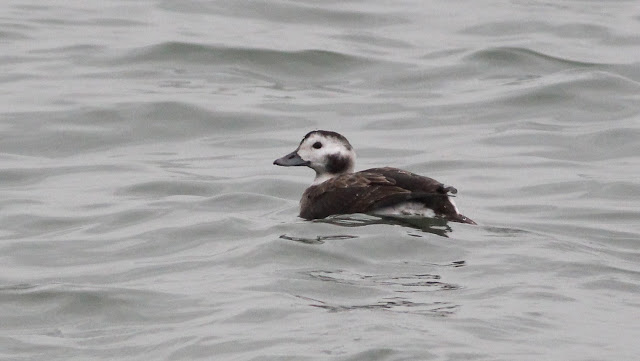 Posted by Mark James Pearson at 12:32