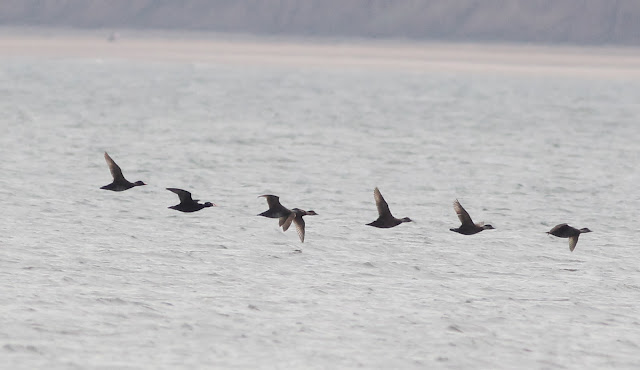 Not even close to the better photos I've taken here in Filey this year (and of a bird I didn't even find), but for several reasons, a fitting bookend to this series. Colleague and good friend Dan and I have been lucky enough to study the birds of Filey Bay over the last few breeding seasons for an ongoing environmental project, spending many waking hours over recent summers scanning the inshore waters. Despite the obvious advantages (and indeed pleasures) of the study, we'd been a little disappointed not to have picked up anything too special during our vigils, and coming into the 2013 season, we'd tempered our hopes accordingly. 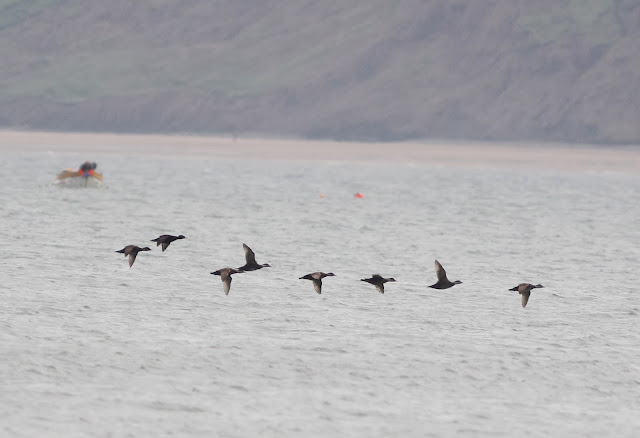 The preceding spring was far from dull, but where efforts and self-finds were concerned, it could've been kinder. All that swiftly changed, however, with a singing Marsh Warbler right by our vantage point in the first week of the summer's study, in early June; the shutters went up and and we were open for business. A couple of weeks later, and with warm sunshine and settled conditions dominating, I got a call from Dan, calmly informing me that he'd picked up what was very likely a male Surf Scoter with a small flock of Commons, about three hundred miles out to sea, and would I like to come and have a look? It soon came closer, kindly stayed for a week, put on a fine show for many appreciative pilgrims and generally tarted around like a exotic American seaduck should. 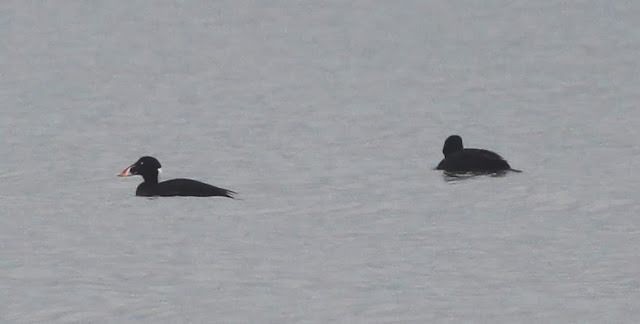 Not that we were to know at the time, but the scoter was a suitably stunning curtain-raiser to a summer that would prove unforgettable for all the right reasons, and would kick-start a rich vein of form that would continue pretty much to the year end (culminating with a certain very special Arctic wanderer). As I've alluded to recently, there's a fantastic team spirit up here on our stretch of the coast, and we all got lucky with cracking finds and great experiences over the last twelve months. What a wonderful year. 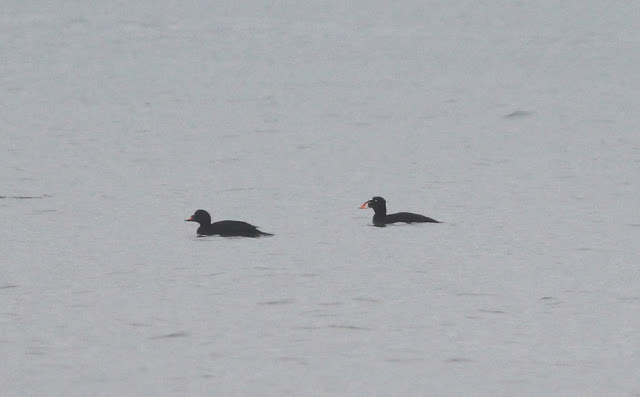 Posted by Mark James Pearson at 15:03