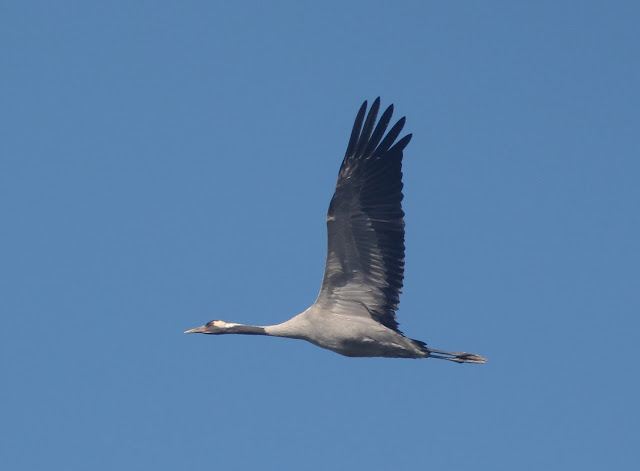 Funny how some birds seem to avoid you like the plague, and others are apparently magnetically attracted to you. Luckily for me, Cranes are very much in the latter camp, and since moving to Filey, I've had the pleasure of watching no fewer than nine, six of which were this year; of those six, two have been high-flyers, one toured the bay for almost an hour, and then there were these three. 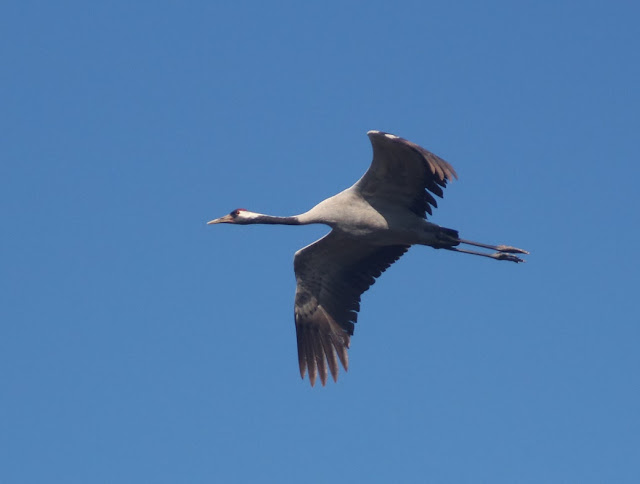 Coming in off the sea over the north cliff, they approached me at barely head height, passing by breath-takingly closely in a building murmur of whooshing wing-beats and quietly conversational honks; photography was almost an afterthought, with the birds looking me directly in the eye as they chartered an unwavering course south. Truly magical. 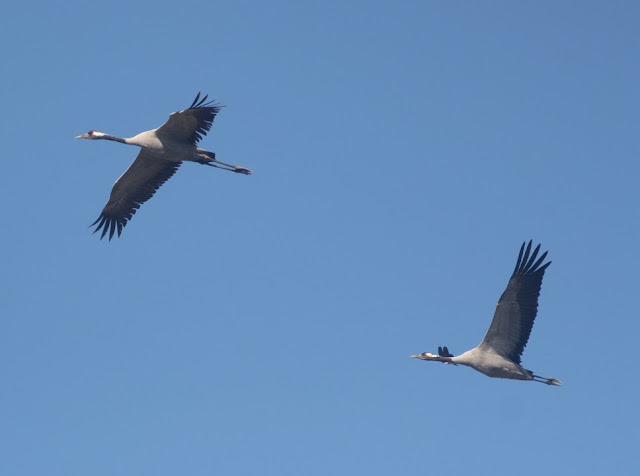 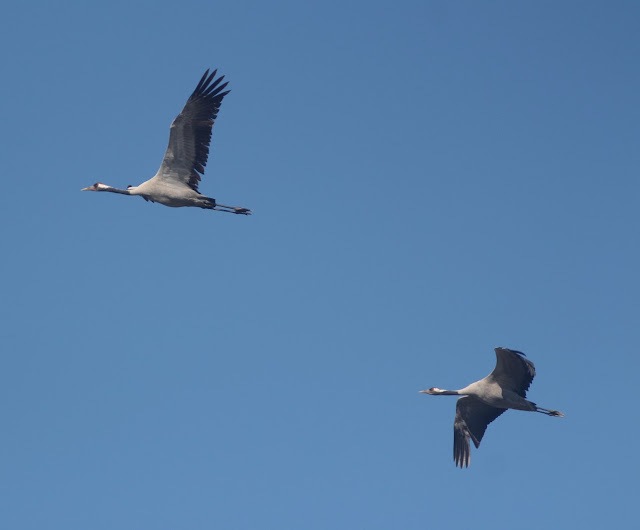 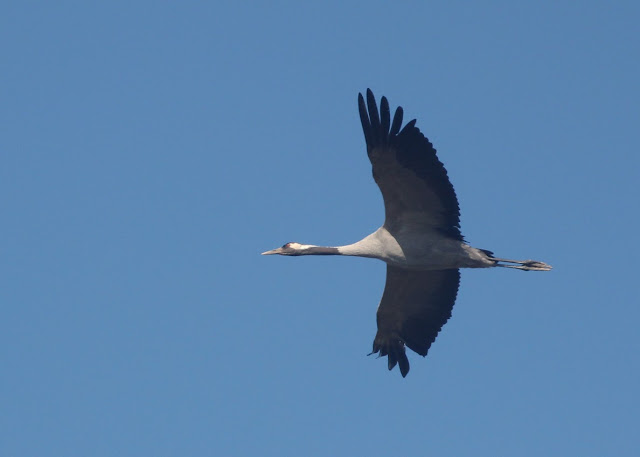 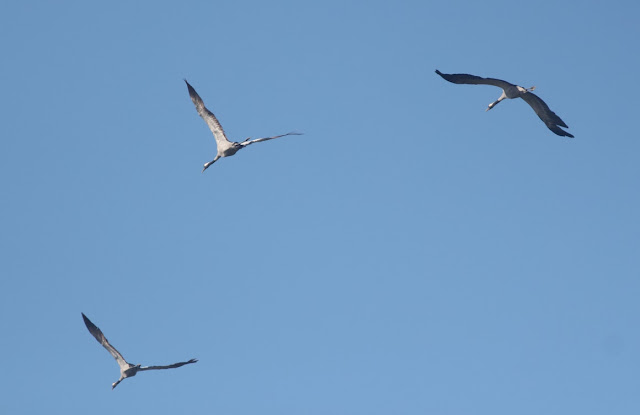 Posted by Mark James Pearson at 11:39