For Christmas morning, how could it possibly be anything else? Three weeks after stumbling upon pretty much the bird of a lifetime, it's as still fresh, exhilarating and surreal as the moment when the penny dropped and I realised I was watching nothing less than a Brunnich's Guillemot, an almost mythical Arctic wanderer and a first for Yorkshire.

Hard to believe I've had such luck in my first eighteen months here in Filey, and after a brilliant autumn, I was more than happy with my lot as the autumn finally ebbed away; to then find such an amazing bird, of such enormous magnitude (and on a brief evening wander along the seafront, no less) was almost too good to be true, and I'll doubtless be banging on about it well into my twilight years. 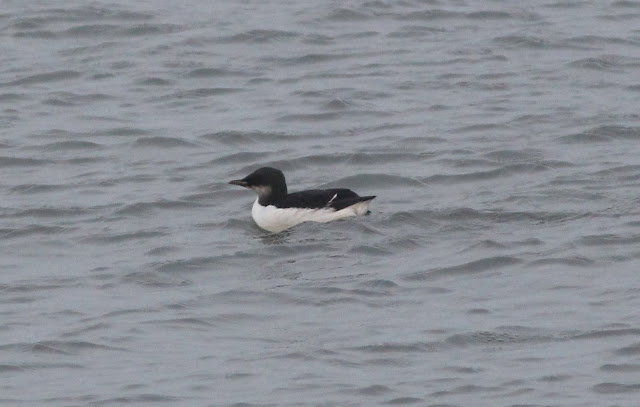 The feedback (within minutes of the news breaking, from as far afield as East Asia and the USA) just augmented the buzz further; closer to home, another great thing about having set up camp here is the community spirit that thrives among a positive, enthusiastic and highly skilled bunch of comrades along our stretch of the coast. Thus, any big find is for the team, which just makes the pleasure even sweeter - stand up Rich, Dan, Keith, Martin, Phil, Jack, Steve, Nick and many others.... 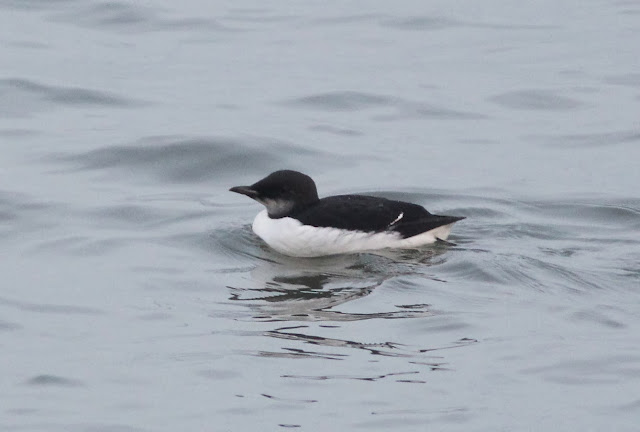 Posted by Mark James Pearson at 23:19