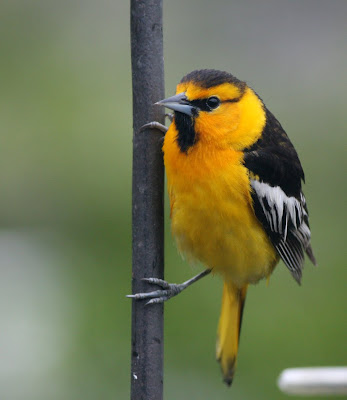 And so into lip-smackin', breath-takin', mind-blowin' Big Sky Country. Thanks to the kindness of strangers (who would soon become much more than distant family), we'd jumped at the opportunity to factor Montana into our evolving cross-country schedule, and were eventually delivered to Bozeman around four a.m., greeted by our ever convivial host and unrivalled tour guide, Bluette. 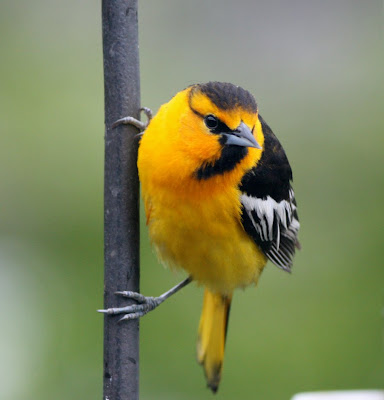 Bullock's Oriole at the garden feeder

Having made headway into the state under cover of darkness, our first taste of our environs came as we drove the 15km or so north of Belgrade, first along deserted main roads, then dirt tracks, just as dawn began to break; those funny-looking clouds were soon re-identified as mountains, and our basecamp for the next few days was evidently positioned amongst not one, but four ranges within the eastern Rockies.... 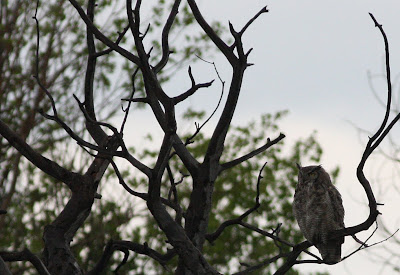 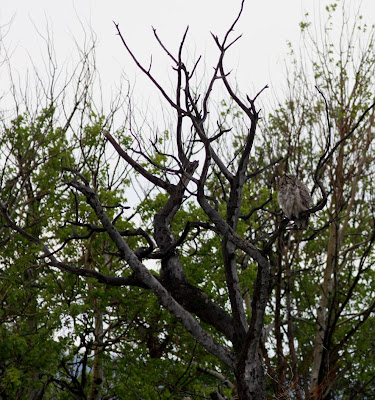 A few hour's half-sleep later and we found ourselves in a beautiful house, from outside and in not unlike an oversized log cabin, built by our other host - the wonderful and accommodating John - forty-odd years ago. Around us, fertile farmland rolled gently on our plain at 2,000 metres asl; beyond which, the mountains varied from Cumbrian to Alpine, from pine-coated to entirely snow-capped, and from almost touchably near to far, far away. A sense of space like I'd never experienced before, and all this before stepping off the porch. 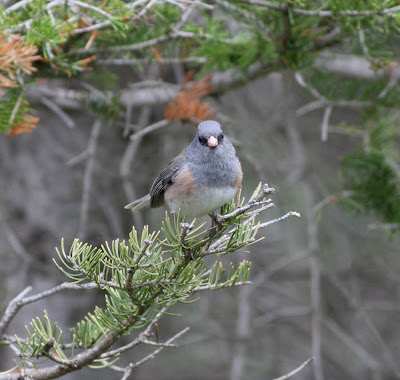 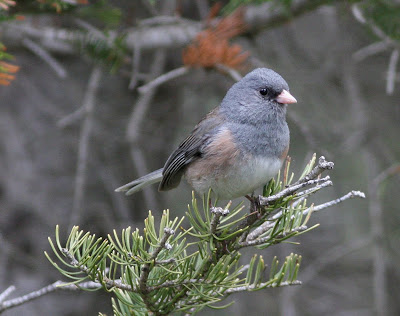 Our stay in the Montana / Wyoming wilderness with Bluette and John lasted a full week (a shorter stay was planned, but we extended it as long as we could), during which time, we were exposed to more natural beauty and heart-stopping wildlife than our wide, wide eyes could take. Leaving the house before dawn and returning after midnight wasn't unusual, and every daylight hour was dedicated to the cause. 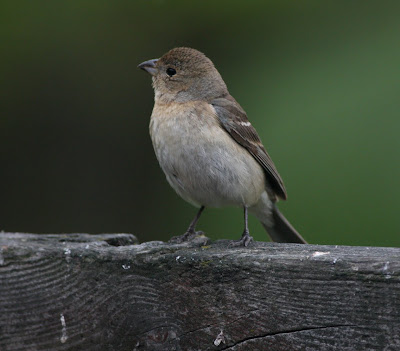 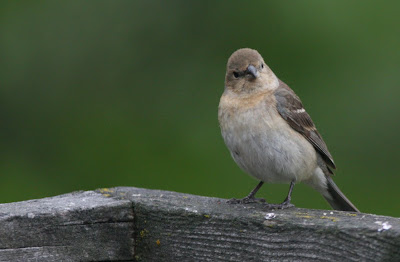 female Lazuli Bunting at the feeders

Our hosts took it upon themselves to put their lives on hold for the week, instead filling each day with bespoke, local-knowledge immersed tours of the best their part of the world had to offer within a 200-mile radius, which, to understate wildly, is a great deal. 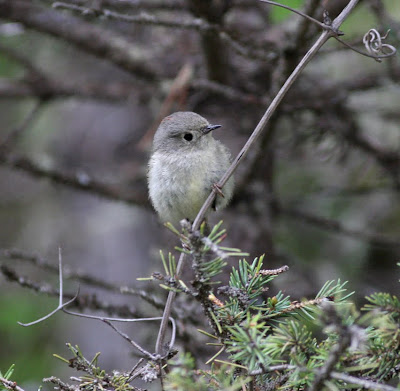 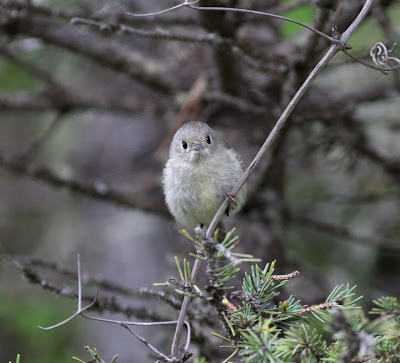 Our first afternoon was spent in the local area, within about 20 km of the homestead, and incorporated a clockwise loop through farmland, pine woods and mountain passes, mainly in and around the Bridger range and canyon. Of many avian highlights, Red-tailed Hawk's nests were seemingly in every stand of trees, a Great Horned Owl shook off the drizzle in full view, Ring-necked Pheasants and Grey Partridges scuttled through stubble (oddly reminiscent of Flamborough), Audubon's Warblers, White-crowned and Lincoln's Sparrows, Dark-eyed Juncos, Yellow Warblers and Pine Siskins populated forest clearings, and Bullock's Orioles, both Kingbirds and plenty of other common species were in the garden. 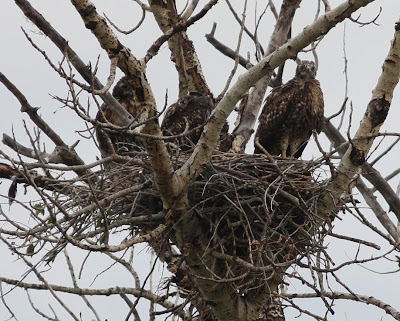 Red-tailed Hawk young in the nest 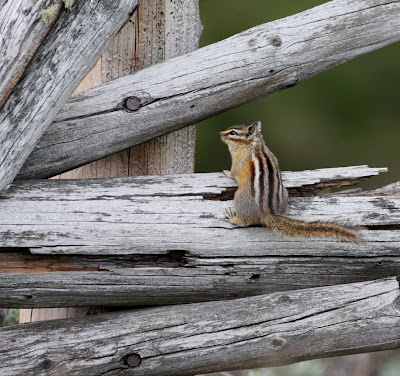 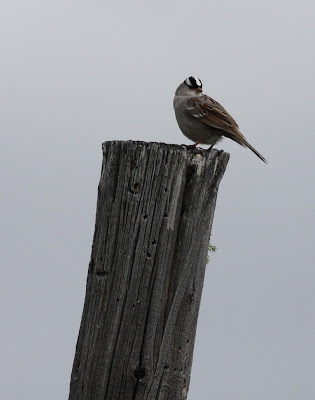 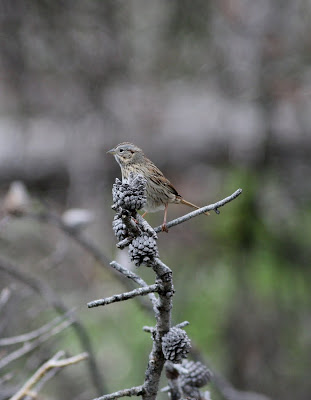 And that was just the first afternoon.....
Posted by Mark James Pearson at 06:06