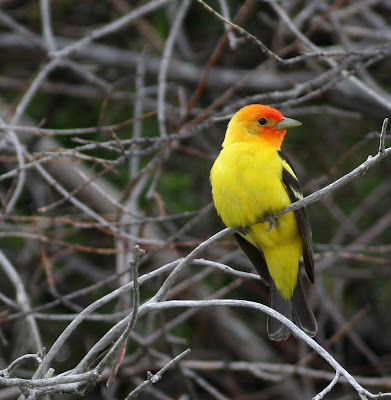 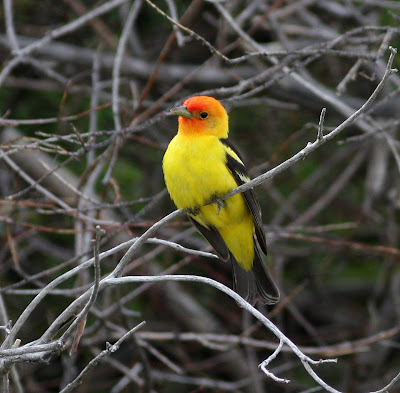 Western Tanager (seemingly everywhere for a couple of days only, and even more neon than the photos suggest)

With the rest of the remaining daylight on the 19th, we travelled south from the Harrison area and along the valley towards Ennis Lake, via typically stunning vistas and breathtakingly big skies. A deliberately slow meander involved multiple stops and wanders around the lake, a full loop around it, and then a route roughly north and east towards Red Bluff; from there, more cinematic, wide screen landscapes before eventually returning home after dark. 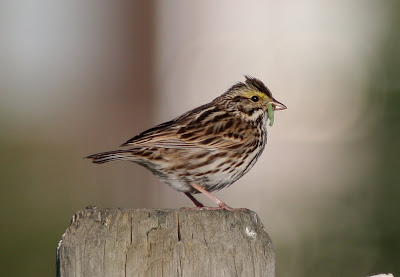 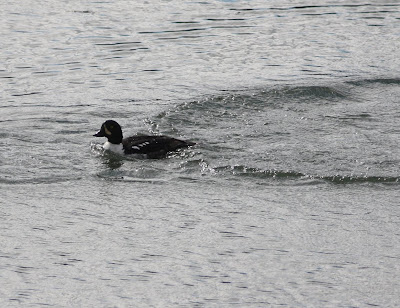 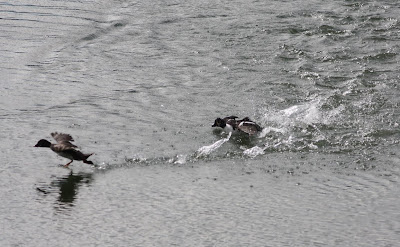 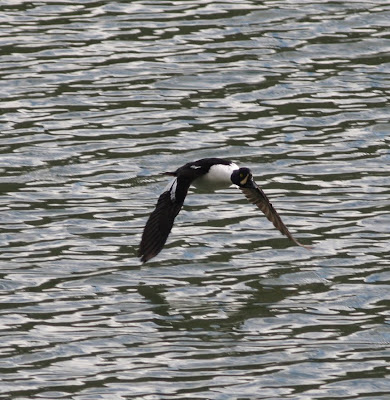 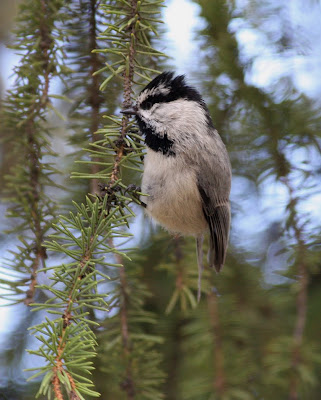 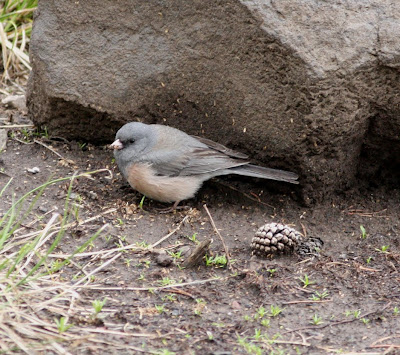 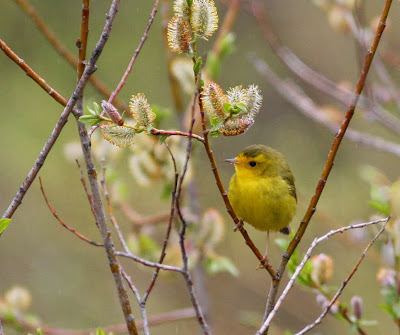 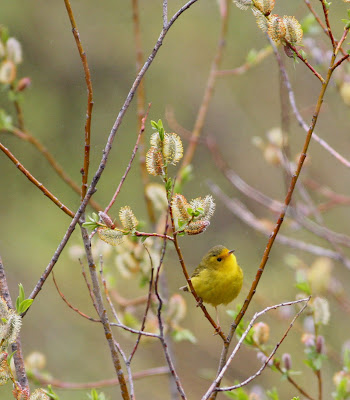 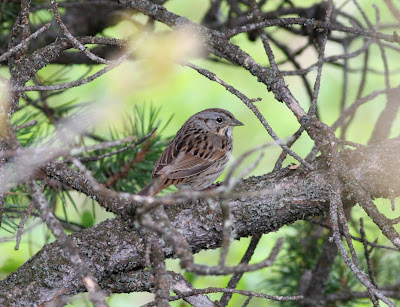 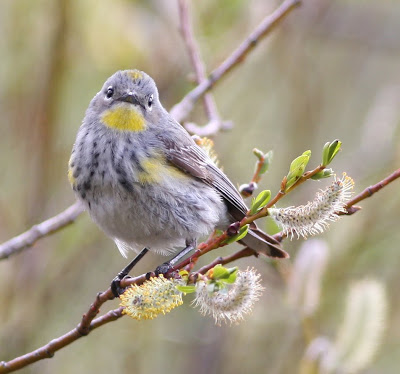 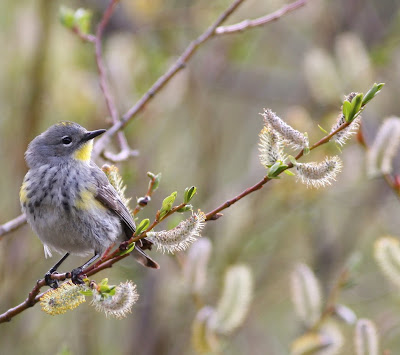 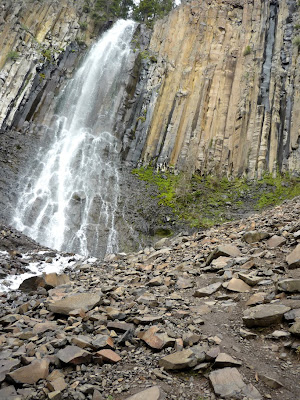 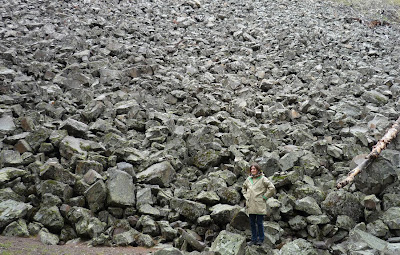 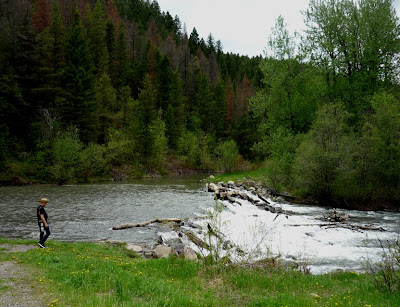 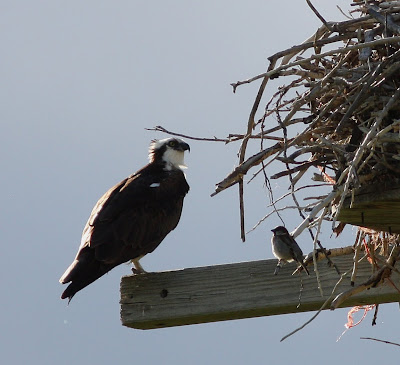 The following day (20th), we headed into the mountains south of Bozeman, along and parallel with Hyalite Creek for most of the day. Dramatic waterfalls, rugged, snow-capped ranges, thick pine and mixed forests with lush, marshy clearings, and mountain lakes; mesmerising panoramas, stacks of great birds (including fistfuls of lifers on a daily basis), and although hard to believe at the time, the best was yet to come. 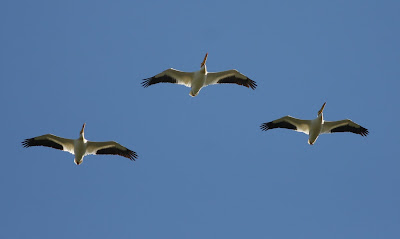 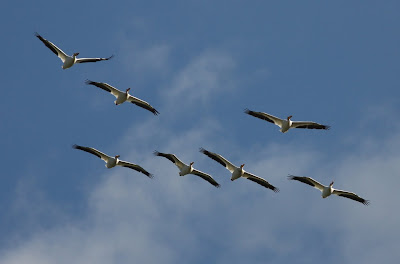 American White Pelicans (as watched by Amity and Bluette) 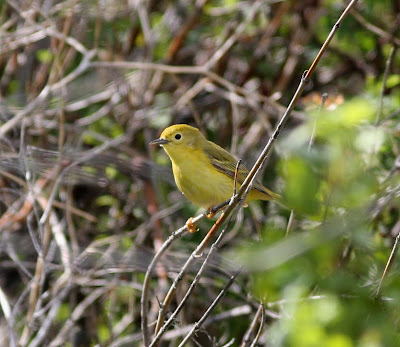 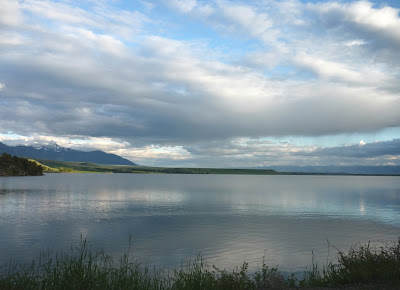 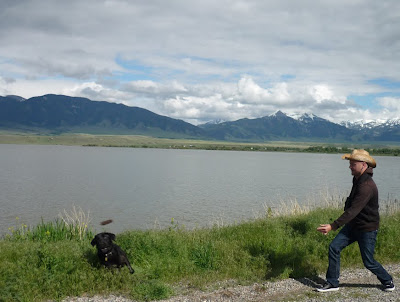 even in the middle of nowhere, there's always a cool dog to play with 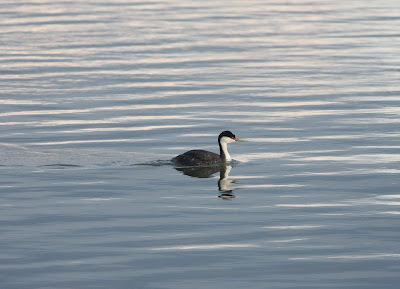 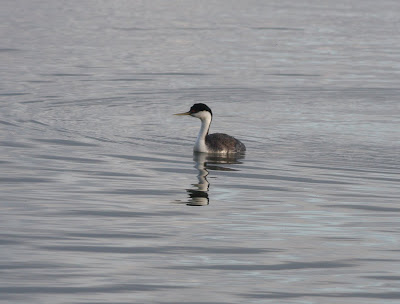 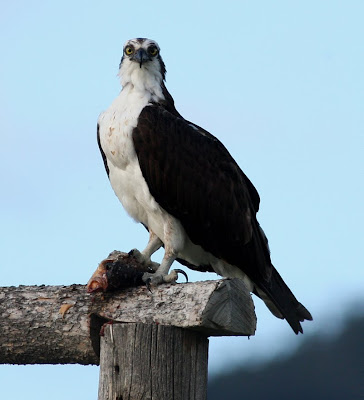 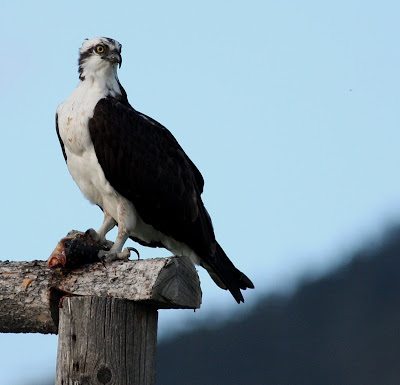 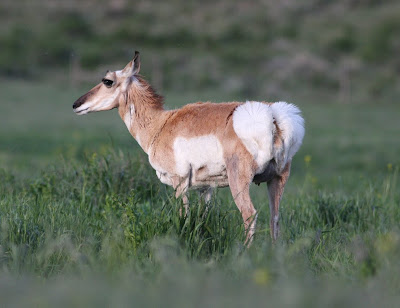 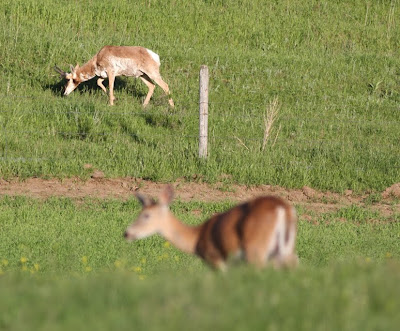 Posted by Mark James Pearson at 03:48