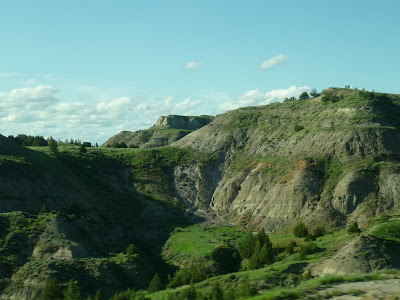 Almost Independence Day, and writing here in urban Seattle (which has been our basecamp for the last ten days or so), it's easy to allow the epic Greyhound journeys which carried us from the Atlantic to the Pacific - with no terminal cracks to show for them, just a few hairline fractures - to blur into one amorphous, vaguely psychedelic mass. Each, however, has had its own unique cast of characters, heavily improvised script, model and condition of vehicle, rest-stop and stopover towns, weather patterns, variations on a night-dawn-day-dusk-night timeline and, most memorably, landscapes. 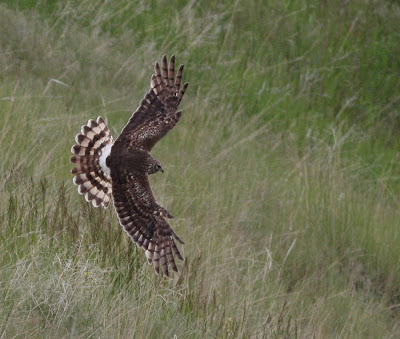 One of the most memorable thus far was the long haul from Minneapolis to western Montana, which began shortly after dawn of the 17th, and ended just shy of sunrise on the 18th. A route which saw us travel north-west through Minnesota, changing at Fargo, gunning due west pretty much as the crow flies through the entire length of North Dakota, and on through Montana to Bozeman, contained not only enough characters, occurrences and pit-stops to comfortably fill a collection of short stories, but unique, changing landscapes and a host of birdlife. 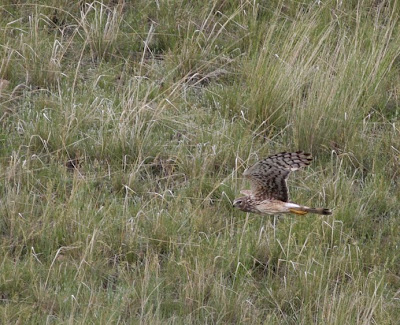 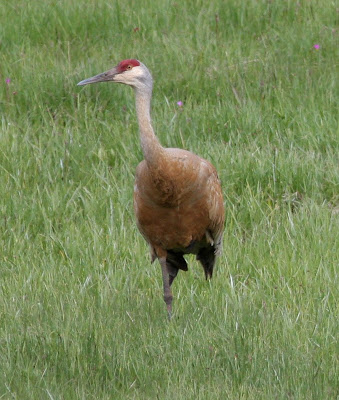 But for numerous Great Egrets and Green Herons however, most waterbirds went undetected or unidentified, on account of the conditions and the views - the latter dependent on speed of vehicle and its proximity to the habitat outside. No such handicaps in North Dakota, however; after a changeover in Fargo (it was everything we anticipated, and more), the next eight hours or so, due west along 94, were something else. 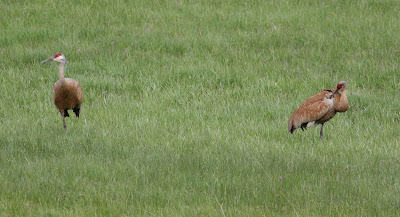 It would be difficult to plan a better scenerio for enjoying ND, its countryside and its birds, and all while barely having to lift a finger. 94 is a near-deserted road that cuts clean through the heart of the state; and the 'hound slowed up enough, and for long enough periods (thanks mainly to recent biblical flooding), to allow enjoyment of birdlife through a wide-screen HD window at one's own leisure......

Regarding species, the only vague warning I had was the range maps of various waterbirds in the field guide (having satisfyingly exchanged Sibley east for Sibley west in the hand luggage en route); it seemed likely that most of the productive habitat would be out of sight, or perhaps travelling too fast outside of, the Greyhound window. Not so. Regarding the habitat and its productivity, I'd no warning at all, and so as we travelled into a landscape of flat, ostensibly bleak farmland, thoughts to turned to writing or napping; but suddenly ponds, lakes and flashes, many right by the road (and occasionally over it) became commonplace, and birds were seemingly everywhere. 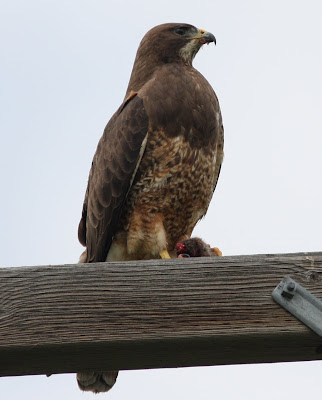 Many naturally had to go unidentified (especially wildfowl, and most passerines), but with practice, a technique of instantaneously sorting the wheat from the chaff - i.e. focusing only on those where the chances of positive ID are above a certain level (not unlike, say, jungle flock birding) - became second nature, frustration was overshadowed by enjoyment, and within a couple of hours, I'd gained a half dozen new life birds, almost by accident.

An avian roll-call between Fargo and Bismarck went something like this: of well-scattered wildfowl, Pintail, Shoveler, Gadwall, Green-winged Teal, Ruddy Duck, Canvasback and Redhead were all nailed; Swainson's Hawks and American Kestrels were regular roadside hunters, with occasional Northern Harriers drifting by; American White Pelicans seemed to own the State, with squadrons in all directions and nests by the roadside; several unidentified grebes passed before the first legitimate Western; 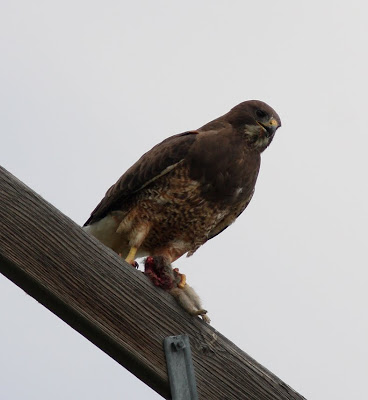 terns - almost surreal in such an environment - were represented by summer-plumaged American Blacks, Caspians and Forster's; Western Kingbirds, Bobolinks, Western Meadowlarks and Yellow-headed Blackbirds were among the fenceline-dwelling passerines; Wilson's Snipes and American Avocets clocked in for the waders; and both Franklin's and California Gulls (the former resplendent with summer hoods) were sprinkled over neighbouring wetlands. 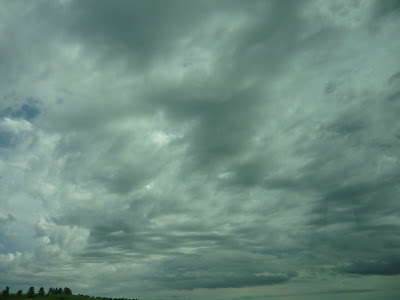 A rest stop in Bismarck signalled a complete change in landscape; gone were the eastern half of the State's innumerable waterbodies and muted tones, replaced by an endless, rolling, neon-green moonscape of grazing plains. Right up until about South Heart that is, when another dramatic change had our driver slowing to a crawl and all our fellow passengers pressing up against the windows of the bus, simultaneously chorusing coo's and exhales as we snaked through the sci-fi canyons of the Theodore Roosevelt National Park, aka the northern Badlands. A fittingly stunning climax to our border-to-border trip through North Dakota; and Montana was still to come.....

(*the 17th was Amity's birthday, most of which she spent aboard several greyhounds; I did, however, buy her some inedible french toast at a filthy diner located within a hammer-horror bowling alley, in turn within a godforsaken meth-town somewhere along the way; no complaints there then.) 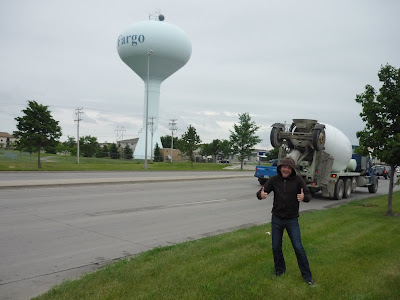 a special place
Posted by Mark James Pearson at 23:56