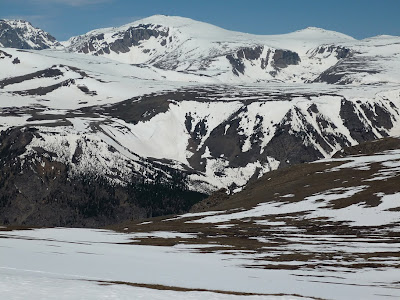 Another epic excursion courtesy of our hosts, this time along one of the most breath-taking, dramatic and scenic routes in the U.S. Another early start saw us heading a good way east along an almost deserted 90 before turning south onto 212 at Columbus, steadily gaining height as lush, high montane plains, bucolic meadows and homely outback villages gave way to unforgiving sheer drops and dizzying ridges, a.k.a. the legendary Beartooth Highway & Pass. 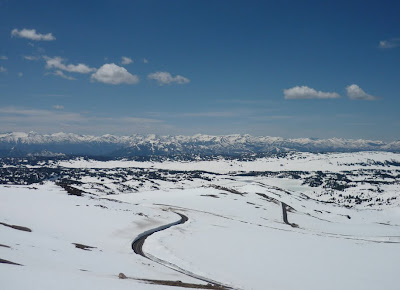 Looking west at 11,000 ft, with the road carved out below 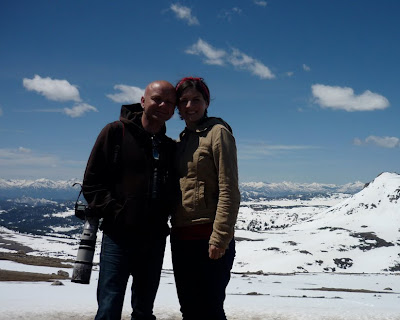 Before (and after) clearing the treeline we enjoyed several stops, all memorable for various reasons - including an American Dipper at one gushing river crossing, and somewhat over-friendly Chipmunks at a viewpoint not far from the final push. 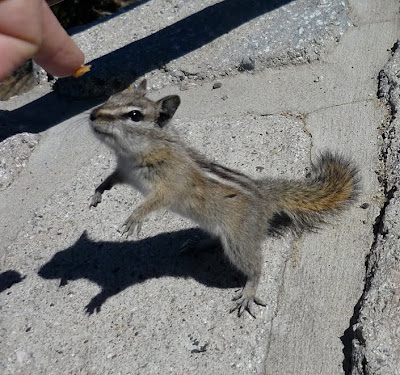 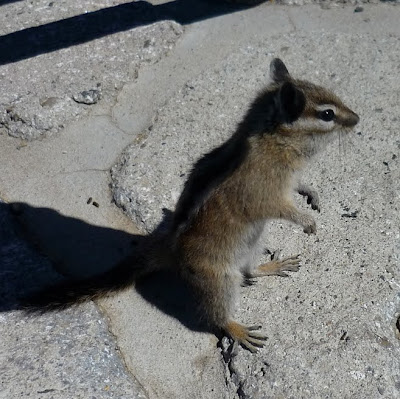 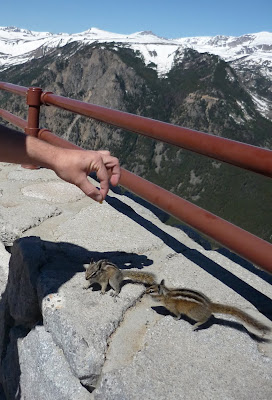 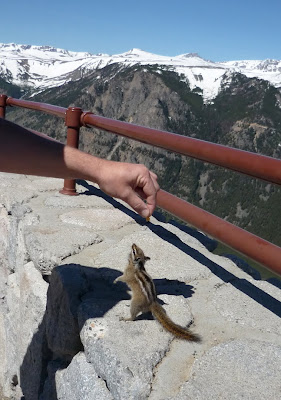 The road along the highest ridge was (despite it being summertime) only cleared a few days earlier on account of record snow depths this season, resulting in a drive between freshly carved-out, several metre-high walls of snow reminiscent of a raid on the Death Star. Well above the tree-line, bathed in clear sunshine and surrounded by gradually retreating, deep, crisp snow, wildlife was reduced to a few thinly scattered, neatly-adapted species, including American (Buff-bellied) Pipits breeding on the snowline, Mountain Bluebirds, a few hardy White-crowned Sparrows, and highly entertaining Yellow-bellied Marmots. 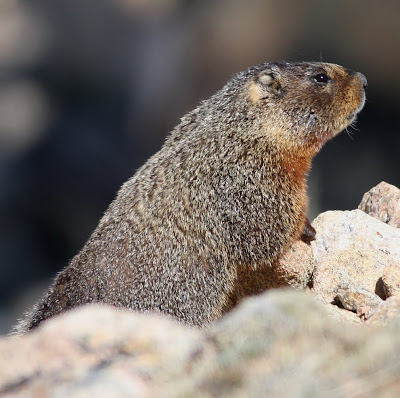 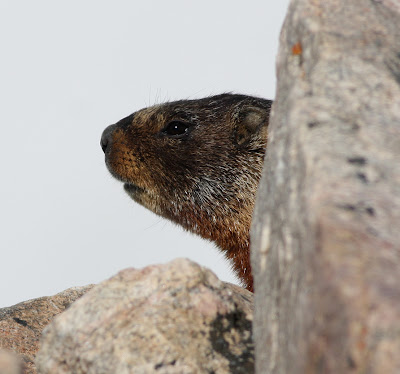 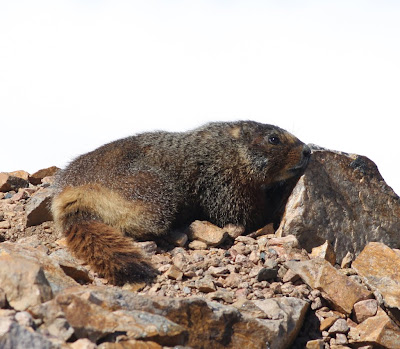 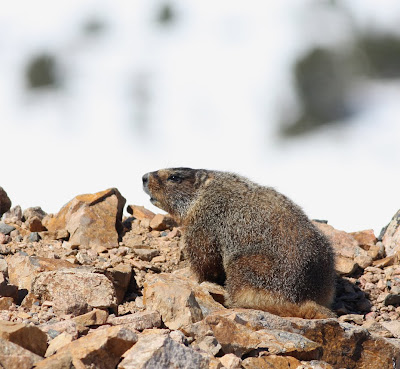 The publicity describes it pretty well, thus: Heralded as one of the most scenic drives in the United States, the Beartooth Highway, a National Scenic Byways All-American Road, features breathtaking views of the Absaroka and Beartooth Mountains, and open high alpine plateaus dotted with countless glacial lakes, forested valleys, waterfalls and wildlife. 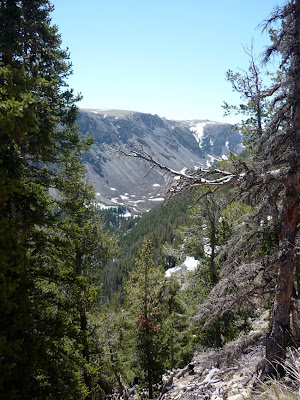 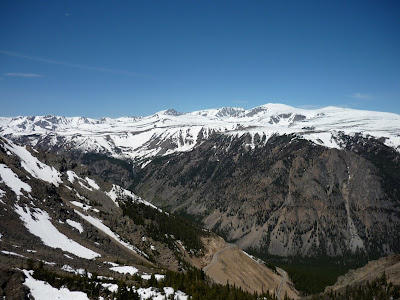 The Beartooth All-American Road passes through what is known today as the Beartooth Corridor. Surrounded by the Custer, Gallatin, and Shoshone National Forests, traveling parallel to the Absaroka-Beartooth Wilderness, and abutting Yellowstone National Park, the Highway sits in a million-plus acre wilderness. Visitors have the rare opportunity to experience and explore pristine, untouched alpine and montane landscapes, lush forests, and alpine tundra in the space of a few miles. 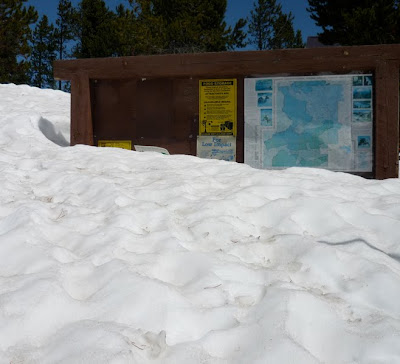 (This was intended to be our grassy, expansive picnic site) 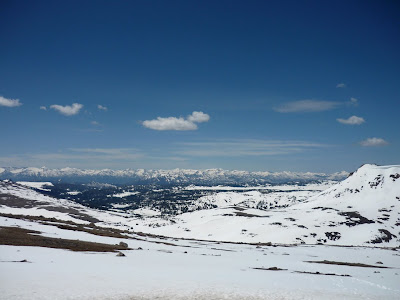 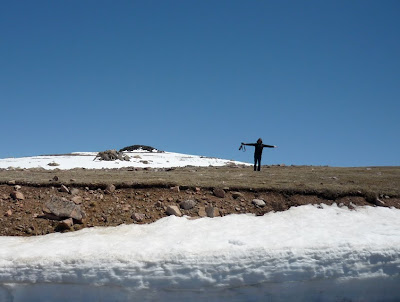 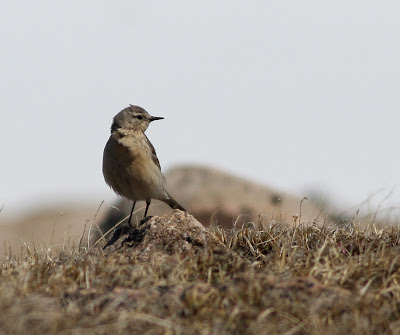 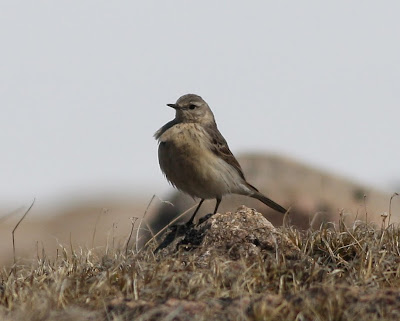 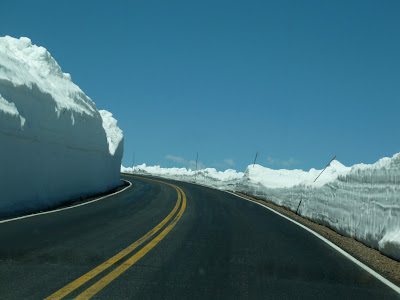 The Force is particularly strong here 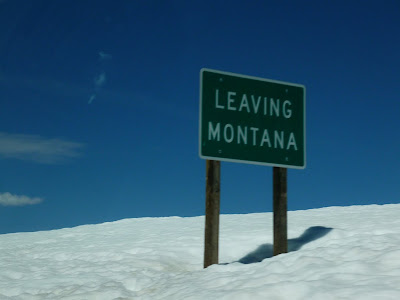 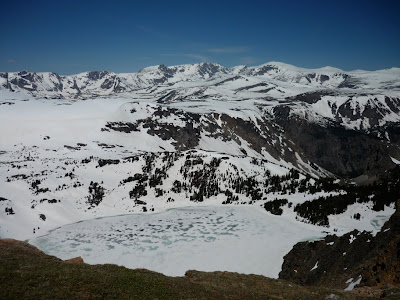 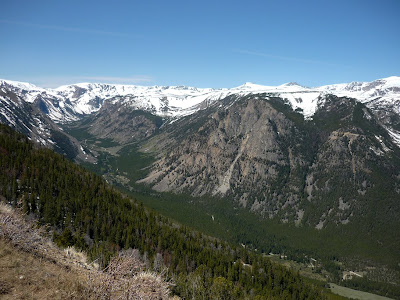 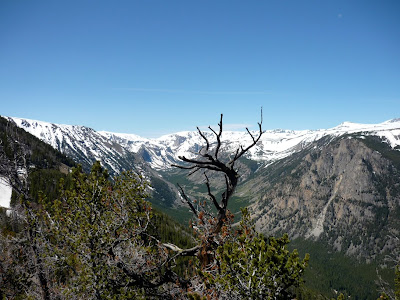 Posted by Mark James Pearson at 07:19