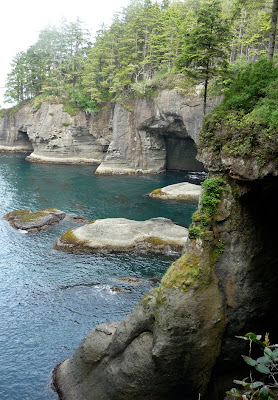 After a few days enjoying urban Seattle, we (our good friends Erin and Steve, Amity and I) weighed down Erin's motor with tents and supplies and headed for the Olympic Peninsula, where we'd be happily wandering for the next four days. 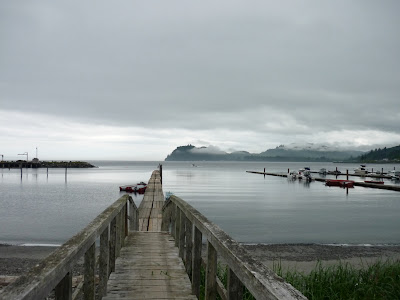 The peninsula hosts, amongst other things, North America's only temperate rainforests, the most north-westerly point in the contiguous United States (Cape Flattery), stunning coastlines and mountain ranges, an inherent backwater weirdness, the settings for Twin Peaks and the Twilight books, Kurt Cobain as its most famous son (hometown Aberdeen, the not-so-quaint 'Gateway to the Peninsula'), a national park and a national forest, a wonderfully rich flora and fauna, enviable camping sites and plenty more besides. 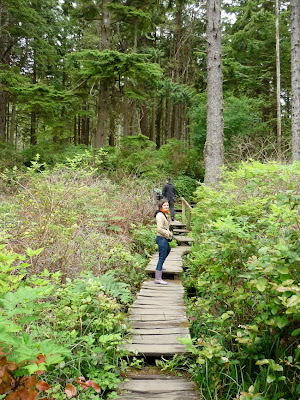 A ferry crossing via Edmonds and over Puget Sound to Kingston (which produced Rhinoceros Auklets, Pelagic Cormorants, Marbled Murrelet and a perfect view of Mount Rainier to the south) later and we were on the peninsula, headlong into its natural beauty and off-kilter cultural landscape. 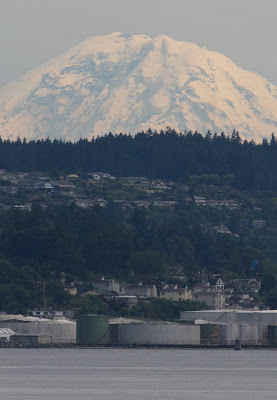 Mount Rainier, from the ferry crossing

For our first night, we pitched our tents in the lush coastal forest of Old Fort Townsend, a long-abandoned military base (from the mid-19th century) and an ideal, secluded and peaceful spot. 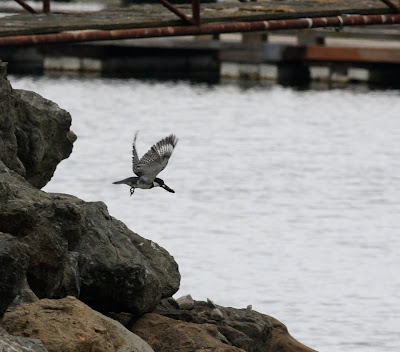 The following morning we headed west along the coast again, and after a recommendation from the in-house rep at Sequim's Audubon Centre, we decided on Salt Creek as our next base. Again set in coastal woodland, but this time we'd a secluded pitch about fifteen seconds from the few steps down to the flat calm Pacific, with Vancouver Island just across the sound. 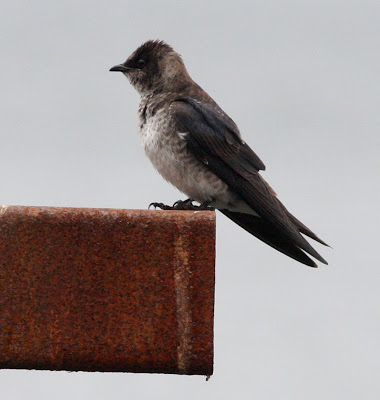 From the exposed rocks, Rhinoceros Auklets, Pigeon Guillemots, Pelagic Cormorants, Marbled murrelets and Black Oystercatchers were all on show, but the outstanding highlight were the parties of Harlequins - which performed almost unbelievably, happily swimming and feeding within three metres of our feet, prompting a collective awe from all four of us.

The campsite held similar range of species to Old Fort Townsend (although with Steller's Jays, and opportunist Raccoons alongside Red Squirrels and Chipmonks), and was easily good enough to remain our base for the third and final night. 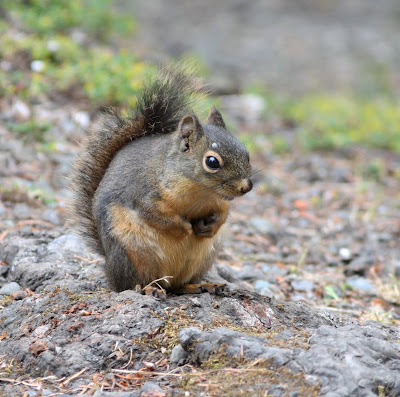 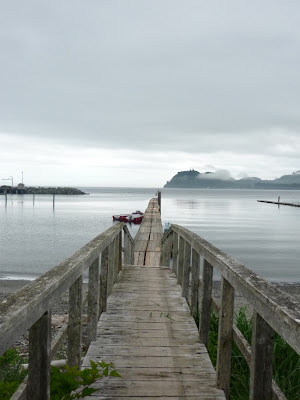 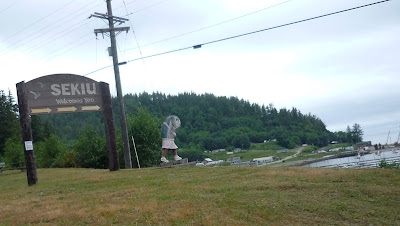 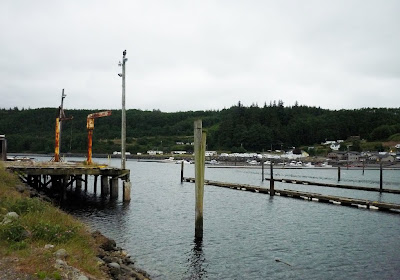 Which was truly spectacular; after a winding, downward walk through incredibly lush, primeval, Jurassic Park-style forest, the view suddenly reveals itself from the top of rocky outcrop, surrounded by dark, volcanic cliffs and caves overhung with neon green vegetation; or at least, it does just as soon as the mist rolls back, which thankfully it did after not too long. 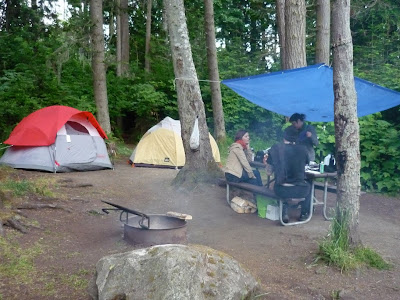 A good hour here produced thousands of Common Murres (Guillemots to British readers), Brandt's, Pelagic and Double-crested Cormorants, a Glaucous-winged (type) Gull colony, Pigeon Guillemots, Rhino Auklets, and arguably the stars of the show - several showy Tufted Puffins, swimming close to the viewpoint. Arguable in that, unexpectedly, a Sea Lion as good as upstaged them by swimming close enough to look us directly in the eye as it rounded the point at a fair speed.... 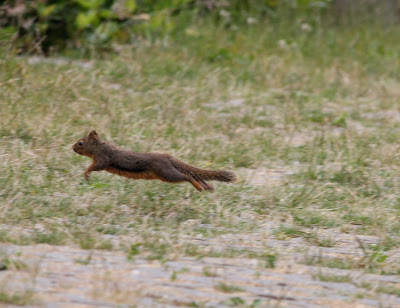 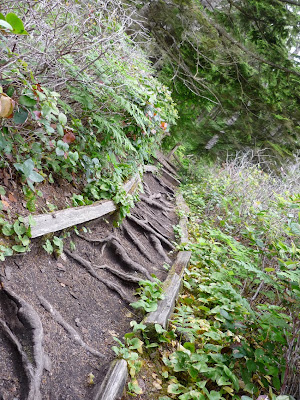 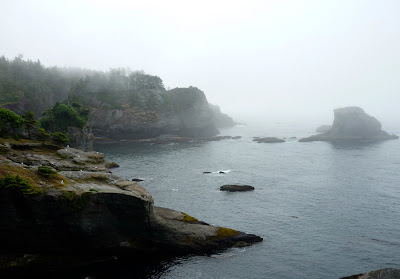 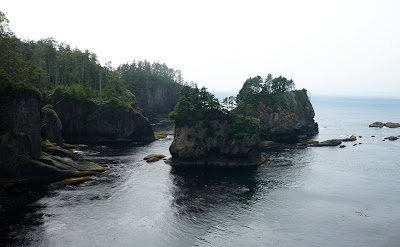 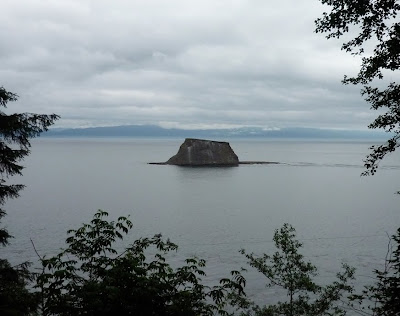 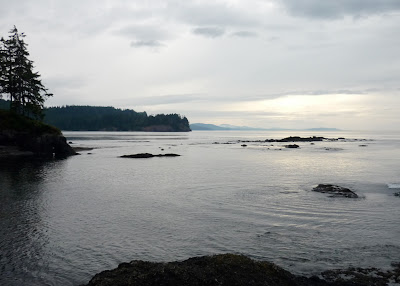 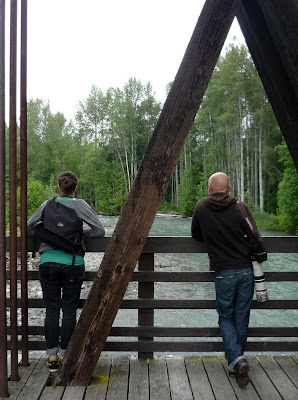 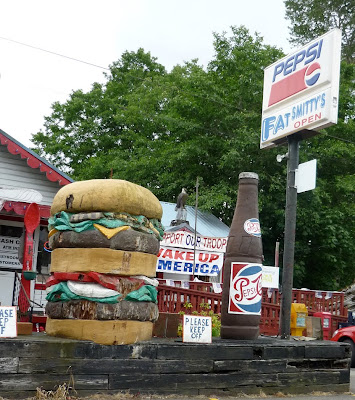 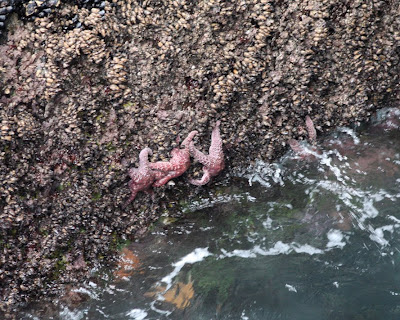