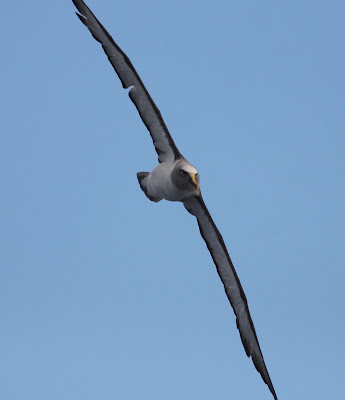 Spoiled indeed. As if the rest of the cast weren't enough to marvel at and savour for a long time to come, these three Albatross species were all fortunate and very much appreciated bonuses; all are also, almost inevitably, considered threatened or near-threatened, all on account of human activities, directly and indirectly. 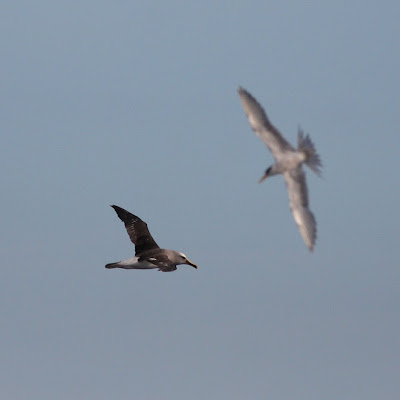 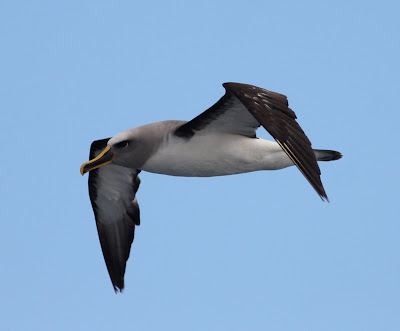 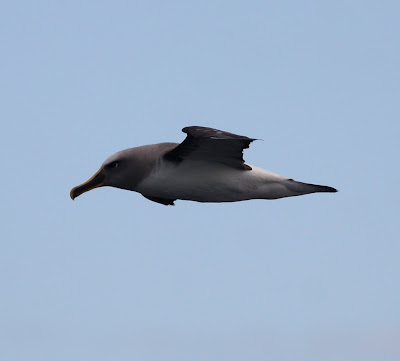 This Buller's is a New Zealand endemic, and arguably the most aesthetically stunning of the three (not that it's easy to choose between one albatross and another). 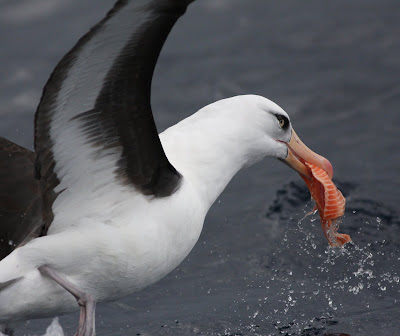 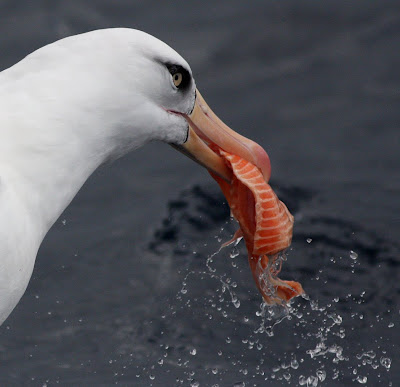 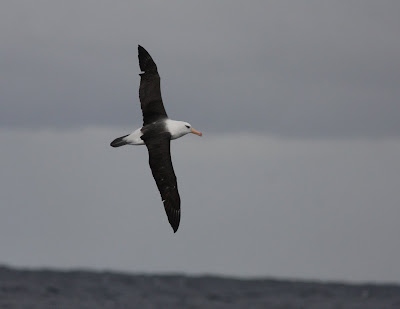 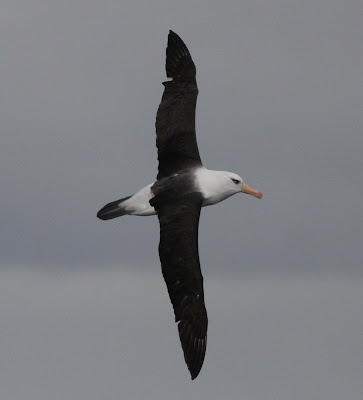 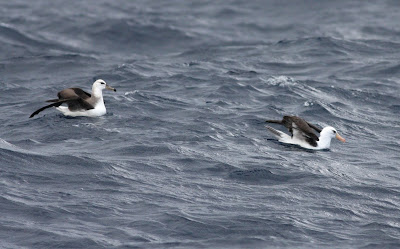 Campbell Albatrosses (adult pictured above), meanwhile, are considered vulnerable and are restricted to a single, remote breeding location off the southern island of New Zealand; essentially very similar to Black-browed (and formerly considered a race of that species), Campbell Albatrosses are fairly easily separated at close range on account of their pale iris. 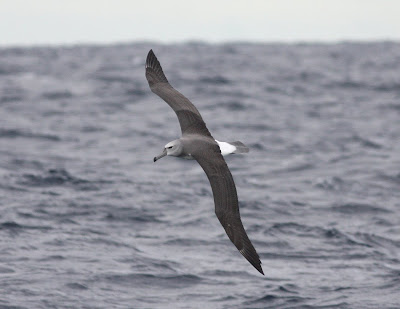 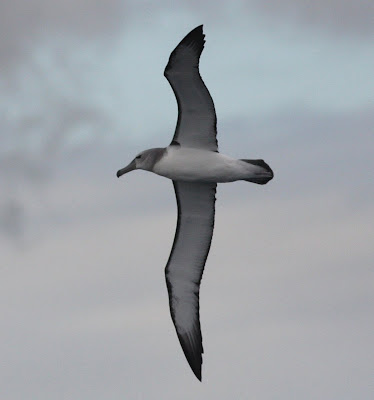 Finally, this immature White-capped (one of several observed from the boat) is another New Zealand endemic, and brought the Albatross species total to a wonderful seven - seven more than I'd seen previously.
Posted by Mark James Pearson at 03:32