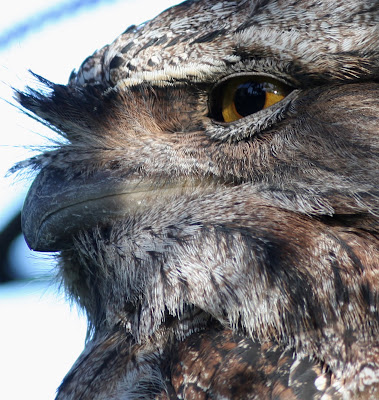 As our week in Sydney drew to a close, one last visit to the Botanical Gardens was called for; not least because it was within fifteen minutes of our front door, set against a backdrop of the opera house and harbour, and had plenty of wildlife to enjoy. 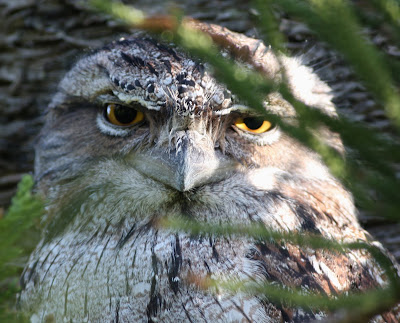 But there was an ulterior motive, albeit perhaps a long shot. From internet sources I'd heard that two particularly dramatic species use the park for roosting, but are both apparently unpredictable, and most importantly insider knowledge is essential to have any hope of connecting. So it was a case of hoping we'd be lucky in finding a - the - park ranger who knew where to look. 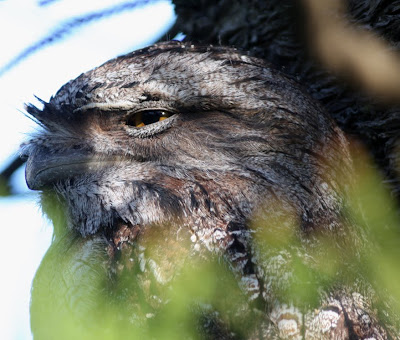 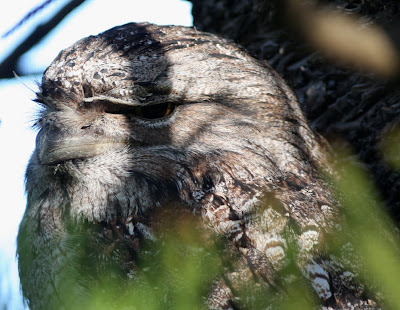 By chance, he was not only on duty, but also knew exactly where both target species were presently roosting; and within a few minutes we were personally escorted to both. The Powerful Owl (below), although a huge beast by any standards, was well camouflaged in the canopy of a tall tree, of all places within a few paces of the busy main road around the perimeter; a beautiful bird, which even had the good grace to wake up briefly and fix us with a steely glare. 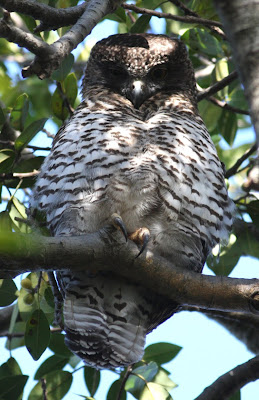 But then there were the Tawny Frogmouths. The ranger (we never got his name, but we owe him a drink next time we're in town) told us our luck was in, with two pairs roosting in the park, and both in good viewing spots. It turned out one pair in particular were absurdly accessible, snoozing in the lower reaches of a wide open, fairly small conifer, bang in the middle of the main picnic area. 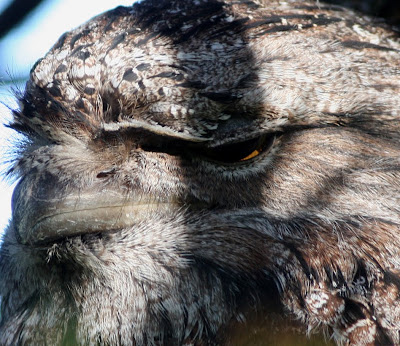 Which is where we spent a good half-hour with these incredible birds, both dozing nonchalantly at eye-level, and as close as we could wish to get without touching them (which would've been easy, if we'd have been stupid enough - all these shots were taken by retreating several metres in order to get the birds in the frame). 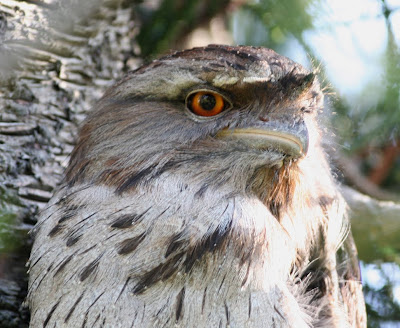 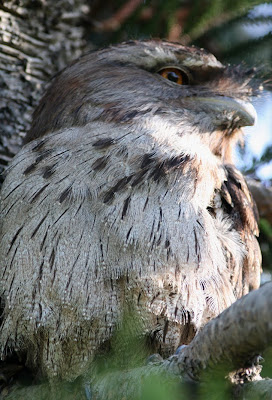 Much larger than expected, with oversized heads, beautifully subtle plumage markings, wide, brightly-coloured gapes (as evidenced during regular yawns), penetrating vivid orange irides and a general appearance and demeanour reminiscent of Jim Henson's more outlandish puppetry, they were a perfect end to a wonderful week enjoying the wildlife of New South Wales. 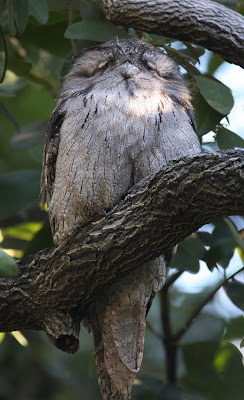 Posted by Mark James Pearson at 14:01