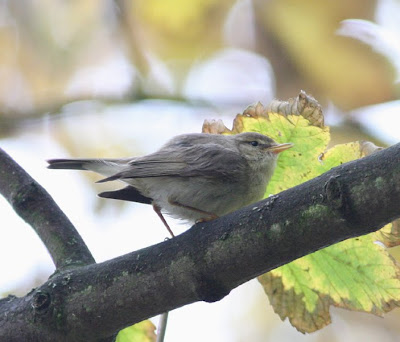 Found by local birders Trevor and Julie in feeding in the trees along the seafront, this bird caused plenty of interest for a while on the evening of the 19th, especially on account of several apparently anomalous features. 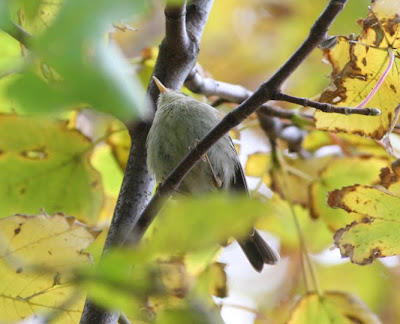 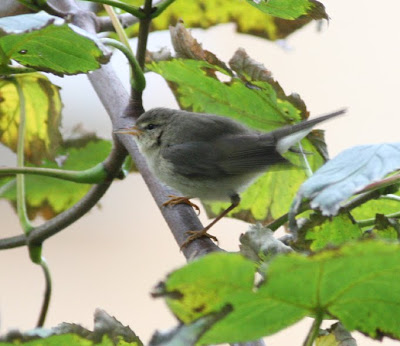 However, most the above features, combined with the fact the bird held its bill permanently open and appeared bulky overall (on account of being 'fluffed up'), suggest it sadly wasn't in the rudest of health, despite feeding successfully; hence, the buck stops at an atypical Willow Warbler, with muted plumage tones (perhaps suggesting an eastern origin?). Interesting bird, mind.... 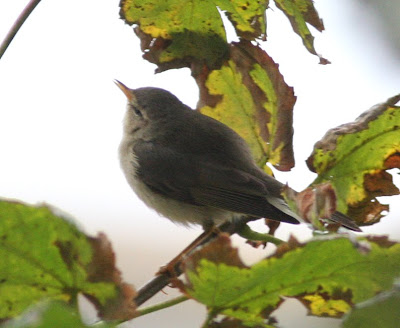 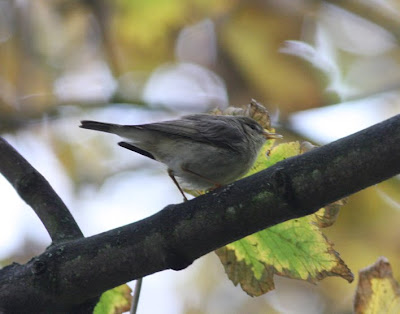 Posted by Mark James Pearson at 09:07