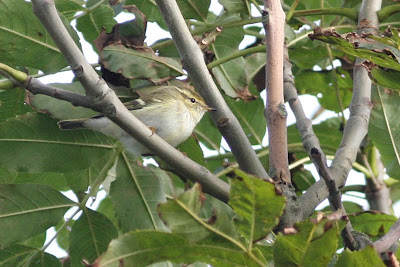 It was one of those weeks that felt like a month (on account of time and effort in the field), that was entertaining in patches (and provided a handful of scarcities along the way), and yet was ultimately frustrating, with near-misses and false starts the dominating themes. 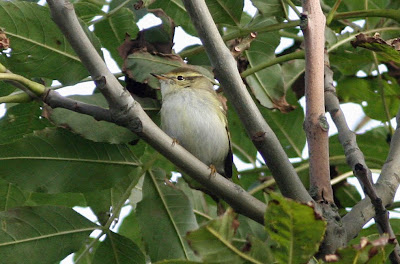 Yellow-browed Warbler, fresh in to the Top Scrub

At this time of year, it's all about expectations, especially here on the coast with a productive patch on the doorstep. Hence, with uninspiring conditions continuing throughout the previous week, expectations were suitably low, and the few highlights were thus small mercies to be grateful for. 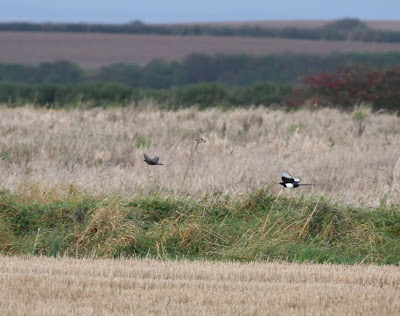 However, all that was set to change as the 12th dawned, and we were in the field for first light, full of anticipation. The preceding evening produced strong south-easterlies and torrential rain, and while the weather chart wasn't a classic, it promised plenty – despite the fact that the wind had swung around to a tree-bending, flag-cracking westerly. 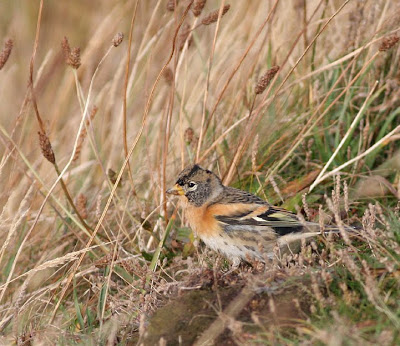 With not a great deal to show for the first couple of hours efforts, migrants then counter-intuitively began to arrive en masse through the day, battling hard into the head wind; with comrades Paul and Dan, we covered the northern area multiple times, with military precision and hopes constantly high.....

….and for all the unfulfilled hopes of uncovering a gem, it was an entertaining day. Thrushes and finches arrived in squadrons throughout, some making it no further than the cliff sides or long grasses; Blackbirds, Song Thrushes and Redwings were the most numerous, followed by Chaffinches, Goldcrests, Skylarks, Meadow Pipits, Reed Buntings, Siskins and small numbers of Bramblings, Yellowhammers and other passerines. 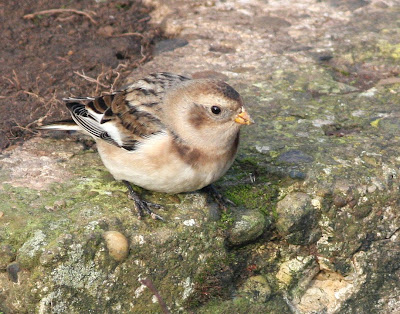 But with mouth-watering arrivals further up the coast, there's no denying the sense of what might have been – especially because of a tantalising near-miss that occupied and ultimately beat us for a good couple of hours on the blustery coastal path on the north cliff; sadly best left as a very promising unstreaked acro.

Working the grassland strip in a line, Paul flushed a plain-looking warbler, which flew low in front of us, ditching down a hundred metres or so away; flushed a second time, we pieced together a few more features, and had reason to get a little more excited; a third time, and it looked very, very good. Even allowing a few inconclusive but mouth-watering photos, the bird was in view for a few seconds, before bolting down the cliffside and deserting us for good. The one that got away, and then some. 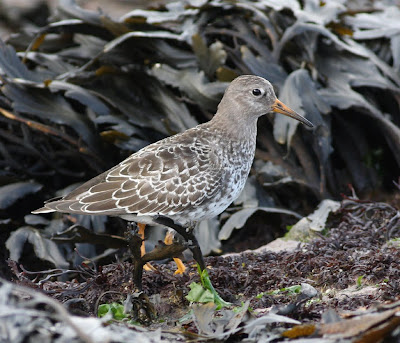 Purple Sandpiper on the Brigg

The 13th, while lacking the promise of the previous day, at least allowed for easier observing conditions, with a much lighter (moderate) westerly blowing under clear skies. New arrivals were limited, until a cluster of migrants appeared out of nowhere in the north-west corner of the Top Scrub at around 1100 – most were Goldcrests, but travelling with them were a Red-breasted Flycatcher and not one but two Yellow-browed Warblers.

An unexpected pulse of action that was over in seconds; otherwise, the morning was mainly as you were, with good numbers of thrushes and finches, always welcome Lap and Snow Buntings, and a smart Great Northern Diver close in and north. 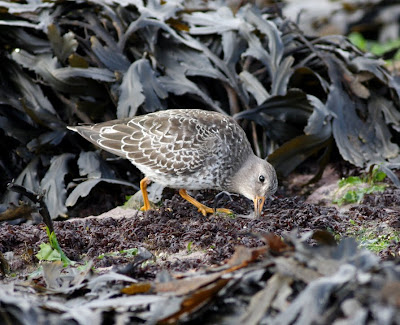 The 14th was mainly bright with a variable strength northerly, and relatively small numbers of new arrivals of species previously mentioned – often promising, especially with birds dropping onto the grassy slopes of Carr Naze regularly – but never quite hitting a higher gear. A similar story for both the 15th and 16th – many hours each day fine-tooth-combing the area, with limited rewards.

Those rewards did include another Yellow-browed Warbler (my sixth of the autumn here) in Long Lane on 15th, and a smart male Ring Ouzel in Long Hedge on 16th; perhaps most interesting was another teaser, towards the south of Long Lane on 15th. A Lesser Whitethroat, with pale lores, a brownish tone overall and extensive white in the outer-tail feathers intermittently appeared close by and looked a good candidate for an eastern race, but didn't fancy posing for photos or prolonged views. 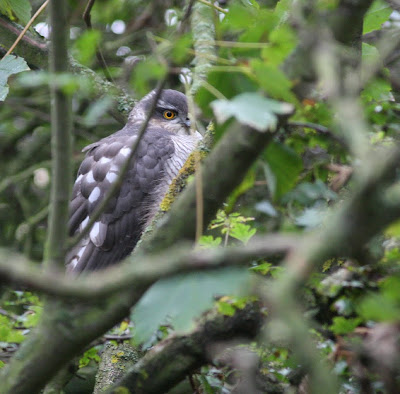 A similar theme for the 17th and 18th – diminishing returns in less promising conditions, although always with just enough encouragement to justify further multiple rounds of the hedges, copses, fields and clifftops. (And all these Jays straight from the continent are a blast).

So, on paper, far from dreadful – several Yellow-brows and another RB Fly to add to the self finds this autumn, some fine migration spectacles to enjoy, good company and, in patches, very entertaining birding. But, along with somehow conspiring to miss local scarcities including Marsh Tit, Black Guillemot and Little Auk by minutes over the last few days, and as I write (from the Scarborough hospital canteen) a Rosefinch in an area I've flogged endlessly all week (including this morning), it's a file-under-forgettable kind of week. 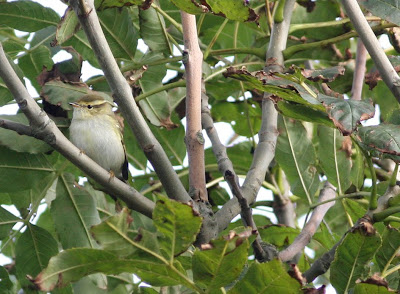 Next week? No expectations. At all.

Posted by Mark James Pearson at 21:54