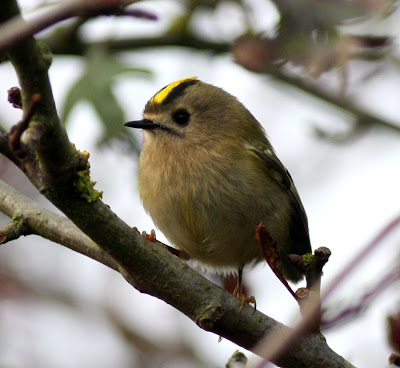 
After a distinctly forgettable beginning to the month (no bad thing, being otherwise engaged for the most part), the 5th rolled around with no great expectations, but a full day in the field produced plenty of entertainment, especially for a clear day with increasing light winds.


Goldcrests were liberally sprinkled throughout hedgerows, copses and scrub (with around 25 in total); migrant / dispersing Coal Tits and Reed Buntings remained onmipresent; redpoll, Brambling and Siskin were amongst the overhead migrants, while an impressive 24 Grey Partridges and at least 250 Skylarks occupied the top fields – a loose flock of the latter hosting the highlight of the morning, a smart male Snow Bunting.

The Dams was quiet, with the semi-resident Black-tailed Godwit and a few Redshanks the only occupants of the extensive mud, but an afternoon seawatch in light north-westerlies was surprisingly productive. A mixed feeding flock off the Brigg included Arctic, Common and Sandwich Terns, a handful of Manxies (with another dozen or so heading north), several Little Gulls, and a pale morph Pomarine Skua for several minutes; a Barnacle Goose and a further four Snow Buntings, in off and onto the cliff slope above the watchpoint, rounded off an entertaining sunny day. 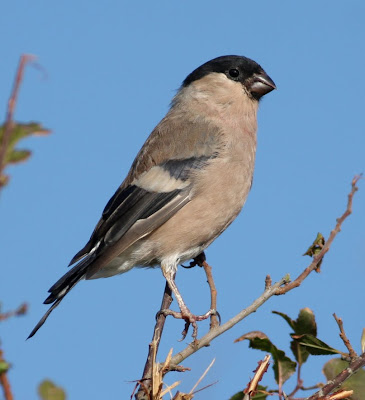 High pressure, light winds and clear skies dominated the following few days, with a few skeins of Pink-feet the pick of a quiet period; thick fog preceded the sunshine on the 8th however, when what will hopefully turn out to be one of the month's highlights briefly graced the muddy fringes of the Dams main pool (more to follow....). 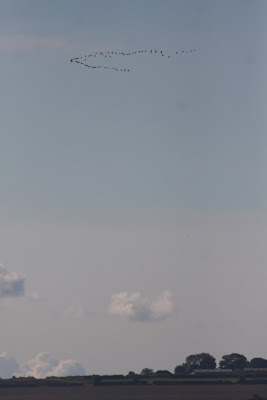 More of the same conditions for the 9th and 10th, although with the light wind swinging to the north, the former date saw distinctly continental immigration, with a total of eight Jays, two Great Spotted Woodpeckers, a Lapland Bunting and two putative northern-type Bullfinches amongst the new arrivals. The latter date produced little, besides a distinctly welcome (and locally very rare) Dotterel in a clifftop field.

So, considering the conditions, not nearly as dull as it might have been, with some pleasant days in the field and good birding in the process. However, there's no escaping the reality that, as the peak period continues to ebb away with unfavourable conditions dominating, the autumn has indeed been relatively muted thus far. 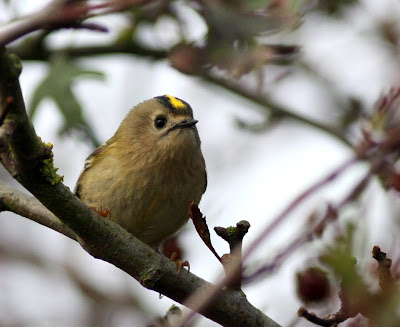 But, there's still plenty of time left on the clock; more than half of October awaits, and as I write, a brisk east-south-easterly and accompanying cloud and rain have replaced the tranquility of the last ten days. Tomorrow? Pistols at dawn........

Posted by Mark James Pearson at 21:58