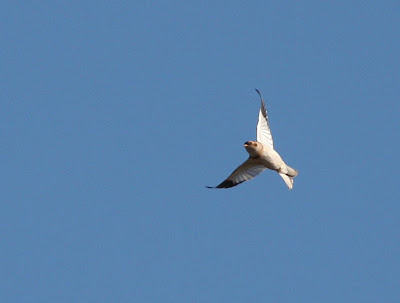 A blue-skied, sunny day here on the North Yorkshire coast, illuminated still further by the presence of the avian angels otherwise known as Snow Buntings, both early morning and late afternoon. Morning in the north fields, where a single frequented the golden stubbles with numerous Skylarks; afternoon on the very tip of Carr Naze, where a party of four bounded in off the sea, calling cheerfully, and landed close by on the cliff above the seawatch point. 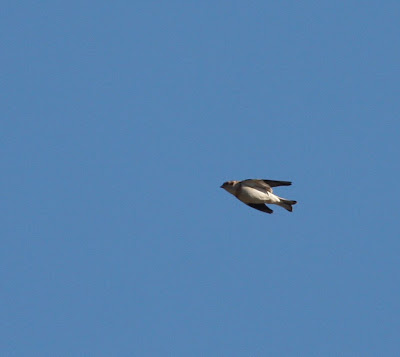 My first of the year here in Filey, and one of those species that always lifts the spirits, and is effectively impossible to tire of. I've had a thing for them since I was a kid, when a likeness of one hung on my wall, complete with suitably enchanting latin name Plectrophenax nivalis below the painting; since then they've lost none of their magic, whether encountered on frosty east coast mornings in the fields, or as swirling flurries atop barren Scottish mountains. 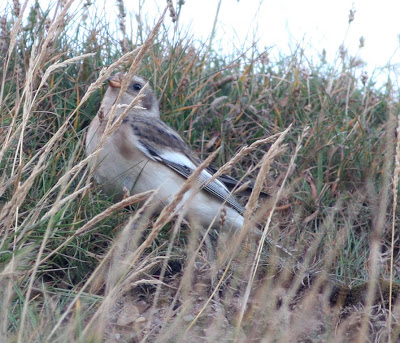 There will (hopefully) be prettier pictures of them to share as the weeks pass, but for now, I'm just happy they stopped by. 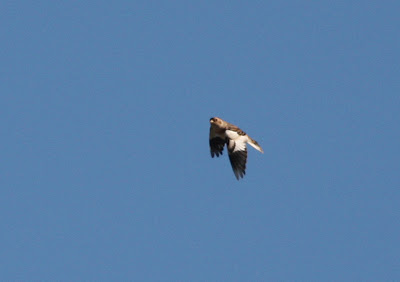 Posted by Mark James Pearson at 22:38