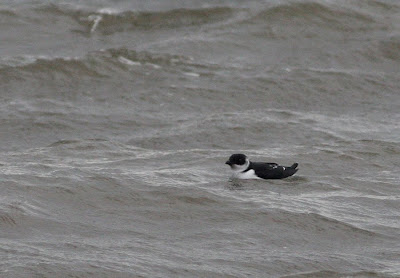 28th: Where else, after a short walk from your front door to the rocky shore, would you find both these iconic, evocatively wintry species just a few metres apart? After the land both enchanted and demoralised in roughly equal measures over recent weeks here in Filey, bar a late easterly surge in the next fortnight (which is looking sadly unlikely), it's all about the Brigg and Bay, and here was another reason why. 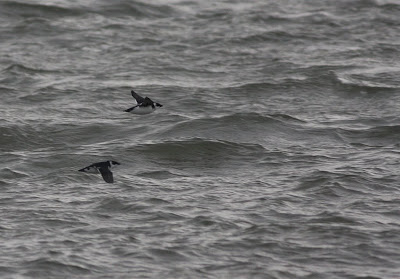 The Black Guillemot the previous day was an unexpected bonus, and with Little Auks on the move along the coast (including several dozen past the hide in the morning), an opportunity to spend a couple of hours on the Brigg was very welcome. 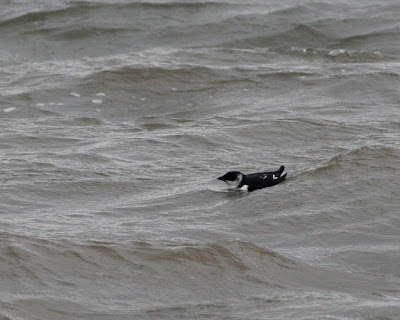 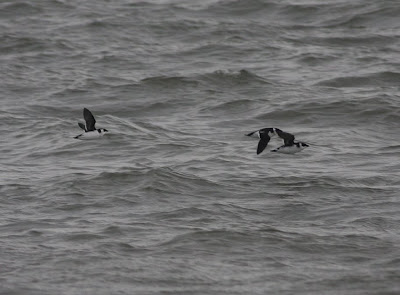 And happily, these high-Arctic, low-slung fraggles were skirting the shoreline and dropping onto the water's surface with comedic aplomb, just beyond the rocks; the very rocks which, after battling into the headwind and arriving low over the waves direct from the continent, this Woodcock dropped onto, a couple of metres in front of me. 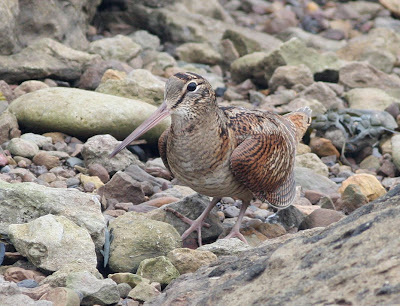 .... which then (despite its surprisingly impressive pebble-shore camouflage) sneaked behind a pile of rocks, occasionally popping its head above the parapet and distracting me from a brief but quality seawatch (which included both Great Northern and Black-throated Divers). Class. 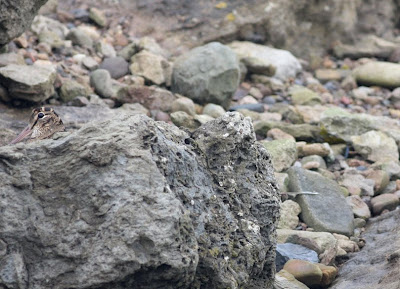 Posted by Mark James Pearson at 18:01