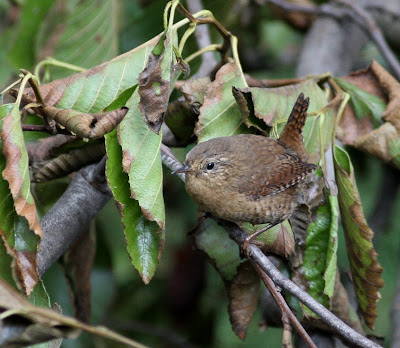 Previously considered the isolated western subspecies of Winter Wren Troglodytes troglodytes, these tiny, west coast cousins were given fully-specific Pacific Wren Troglodytes pacificus status some years ago; I've been coming across them in various shady places on the trip so far, usually in dense, mature mixed woodlands, and usually just by voice (although several have given brief views). 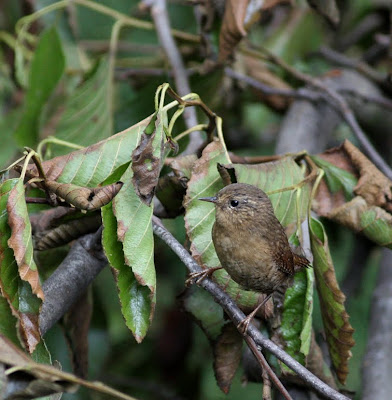 So it was a pleasure and a bit of a surprise to discover that, with a little coaxing, the Pacific Wrens of Golden Gate Park have their own scene happening and don't mind onlookers. How very San Fran. 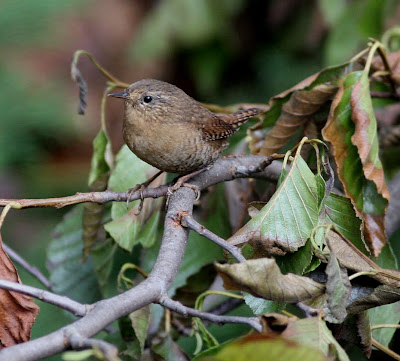 The species is known for being notoriously shy and retiring, fascinatingly in very stark contrast to the very closely-related Wrens back home in Blighty (which would start a fight with a truck given the chance); so it was almost comforting to find the park birds being somewhat more attention-seeking than they're supposed to be. 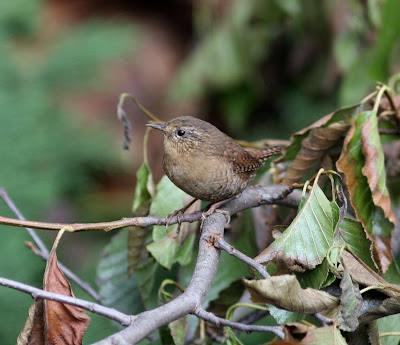 Posted by Mark James Pearson at 00:06